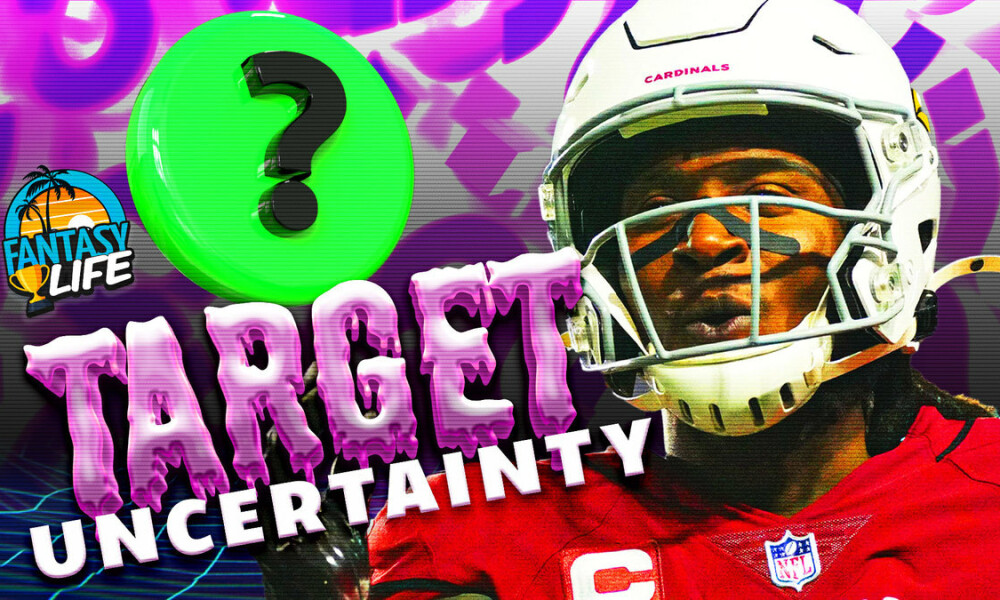 Who to target in drafts...

Move aside Lord of The Rings, The Puppy 3 cements Underdog Fantasy as the architects of the greatest trilogy of all time...

When we talk about "league winners" there are two varieties.

There are your Cooper Kupps and Jonathan Taylors–the superstars who deliver massive production all year long. Those guys are tough to come by.

The other type of league winner is what I would call the "late season hammers." These are the guys who seemingly come out of nowhere to put up massive weeks in the fantasy playoffs.

Or how about Rashaad Penny? He was a non-factor until Week 13, at which point he ripped off four games with 135 or more rushing yards and six TDs, including a monster 190 yard, 1 TD game in Week 17.

In today's newsletter, we are going to show you how to spot these late-season hammers so you can climb to the top of the leaderboards in the massive best ball tournaments on Underdog Fantasy like Best Ball Mania III and The Puppy 3.

Yes, you heard that right, Underdog Fantasy just launched a massive $5 tournament with $1,000,000 in total prizes: 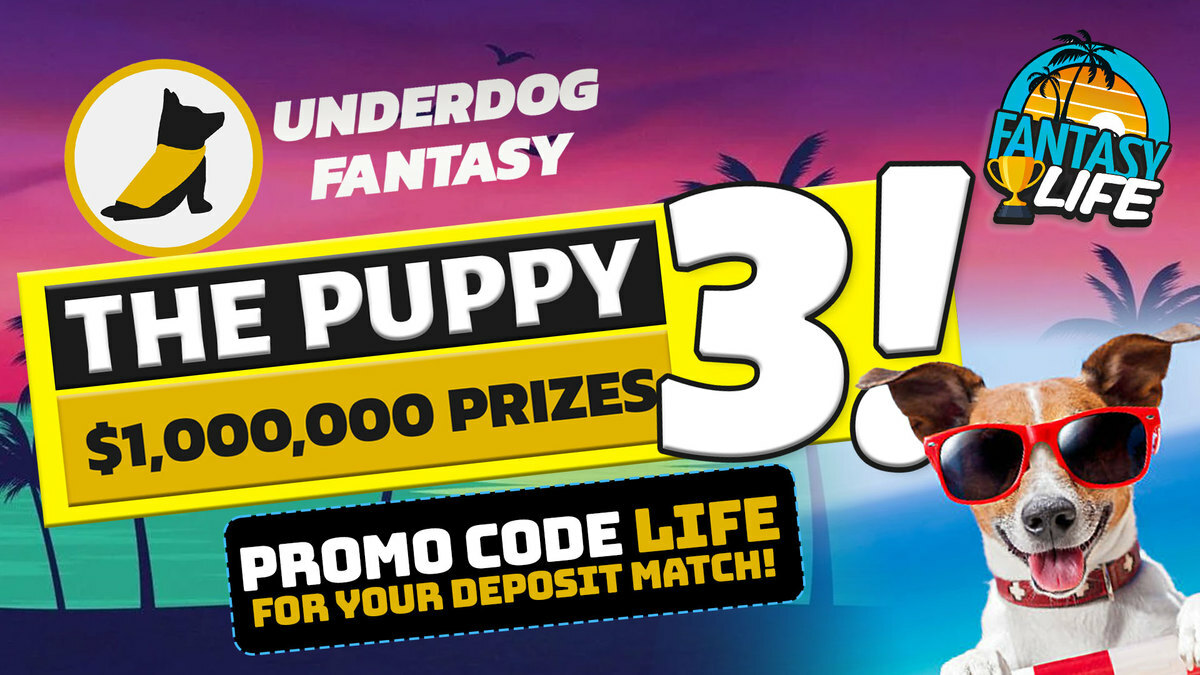 These $5 drafts are the perfect training ground for getting reps for your home league drafts while also competing for massive prizes.

Best of all, new users get up to a $100 deposit match on Underdog with promo code LIFE. Hop in now, we'll see you in the Puppy 3 lobby:

I'll also be drafting a Puppy 3 team on stream with Kendall this Tuesday at 4 pm ET if you'd like to watch us talk through strategy in real-time. 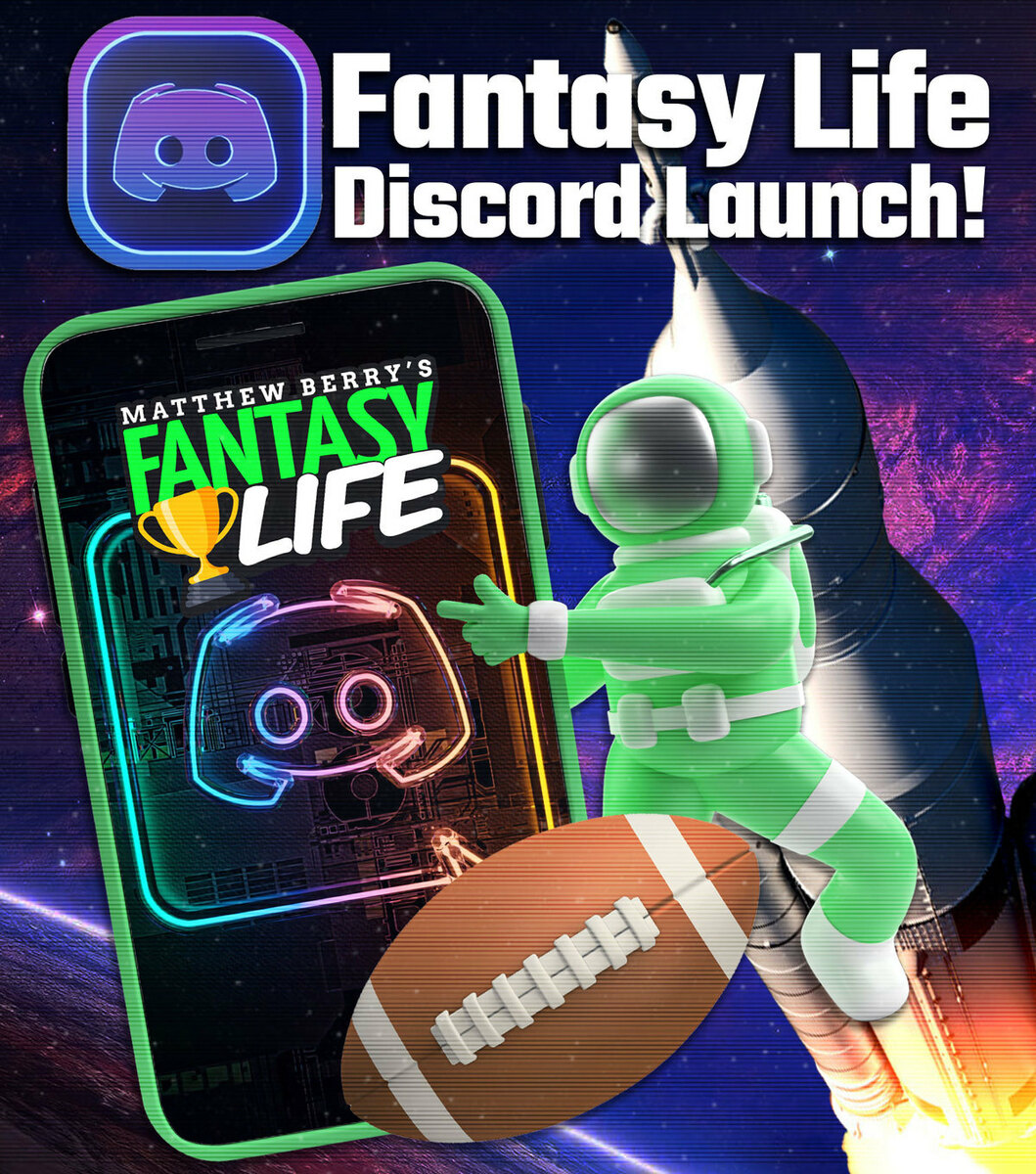 The rewards program hooks you up with exclusive Fantasy Life merch, once-in-a-lifetime experiences like having us deck out your fan cave or sending you to an NFL game, plus access to our private Discord community filled with fantasy and betting experts ready to help you dominate this football season.

Our Discord community is open right now, but it won't be for long.

We have a special event in our Discord planned for August 10th, and once that event starts, the Discord will become a private community that new members can only join through our rewards program.

Trust me, you won't want to miss this. 👀

Professor Pete is back to teach you to identify the 2022 league winners in your best ball tournaments...

In our Best Ball Summer School series we’ve mainly focused on structure and game theory, but today we are going to discuss the 2022 league winners we should be targeting who can lead us to the $2,000,000 promised land in Best Ball Mania III. 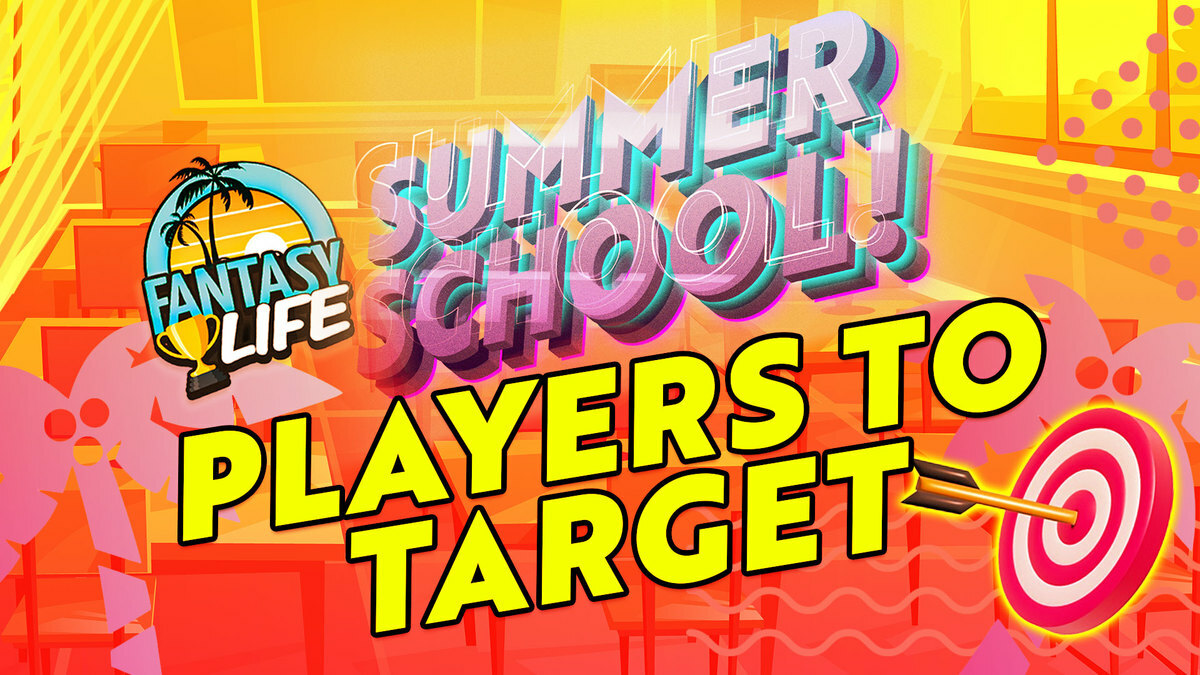 🔭 How to identify league winners. The ADP on Underdog is really efficient. There have already been over 15,000 drafts in Best Ball Mania III alone. That is a large amount of data coming from drafters with skin in the game.

That said, most of these ADPs are an accurate reflection of what we can expect from a player for the duration of the entire season (Weeks 1-17). But in our previous piece, we outlined why the end-of-season production, specifically Week 17, is the most important due to the payout structures of the Underdog tournaments.

With this in mind, it’s clear that there is inefficiency in pricing players for what they can do for us in the playoffs.

Think of it through this lens–if you were to put together your draft board for Weeks 15-17 only, how different would it be than your regular draft board? Hopefully pretty different.

💡 The lightbulb moment for player selection comes when you stop thinking about a player’s ability to deliver value on their ADP Weeks 1-17, but deliver one or two big weeks during Weeks 15-17.

Once we shift our lens to this perspective, we can then identify the types of discounted players who have previously crushed in the final weeks of season like St. Brown and Penny did last year.

For rookie RBs, we can see from Rotoviz that their production increases as the season goes along and peaks in the playoffs:

It’s even more striking for WRs. Not only do rookie WRs peak during the playoffs, but veterans actually see a decline in production: 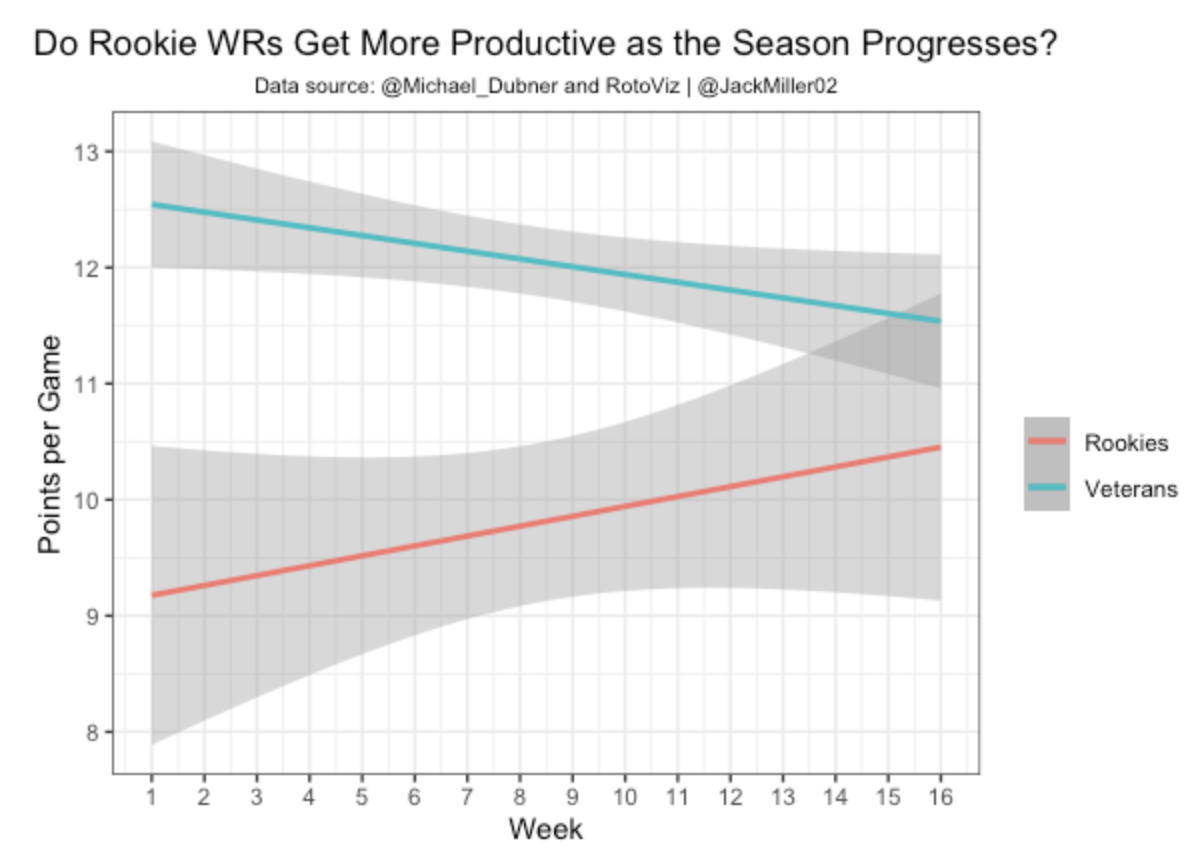 Not all rookies are created equal, though. Rotoviz’s Blair Andrews has identified a few key metrics that can help us identify which WRs are most likely to succeed at the NFL level:

For RBs, both Breece Hall and Kenneth Walker are excellent targets based on their college profiles and because they are being discounted due to perceived committee situations. But the real sweet spot for rookie RBs who outperform their ADP historically comes in the 120-150 range:

Think Alvin Kamara or Kareem Hunt in 2017 or Nick Chubb in 2018, who all entered the season in uncertain roles but absolutely crushed down the stretch and jumped into the top 20 picks in year two.

For more info on which rookies to target in your draft, check out my full video on the players you’ll need to win $2,000,000 this year:

🎯 Players to target: Handcuffs. When we are executing a Zero RB, or Anchor RB build, we are looking for high upside RB selections in the double-digit rounds. In addition to rookies, one of the best cohorts of players to realize upside scenarios are handcuff RBs.

These are considered contingency-based players, which means they don’t project for a ton of opportunity on paper but would have massive upside in the event of an injury in front of them.

Not all of these backs will hit, but when they do, they hit in a big way because they can serve as a one-for-one replacement for the back in front of them. Think Penny down the stretch last year taking over for Chris Carson or Darrell Henderson Jr. jumping ten rounds in ADP after Cam Akers was injured.

🎁 Bonus: The best versions of these picks are often both rookies and handcuff picks, like Eli Mitchell last year. Coincidentally, 49ers rookie RB Tyrion Davis-Price could be this year’s Mitchell if things broke right. 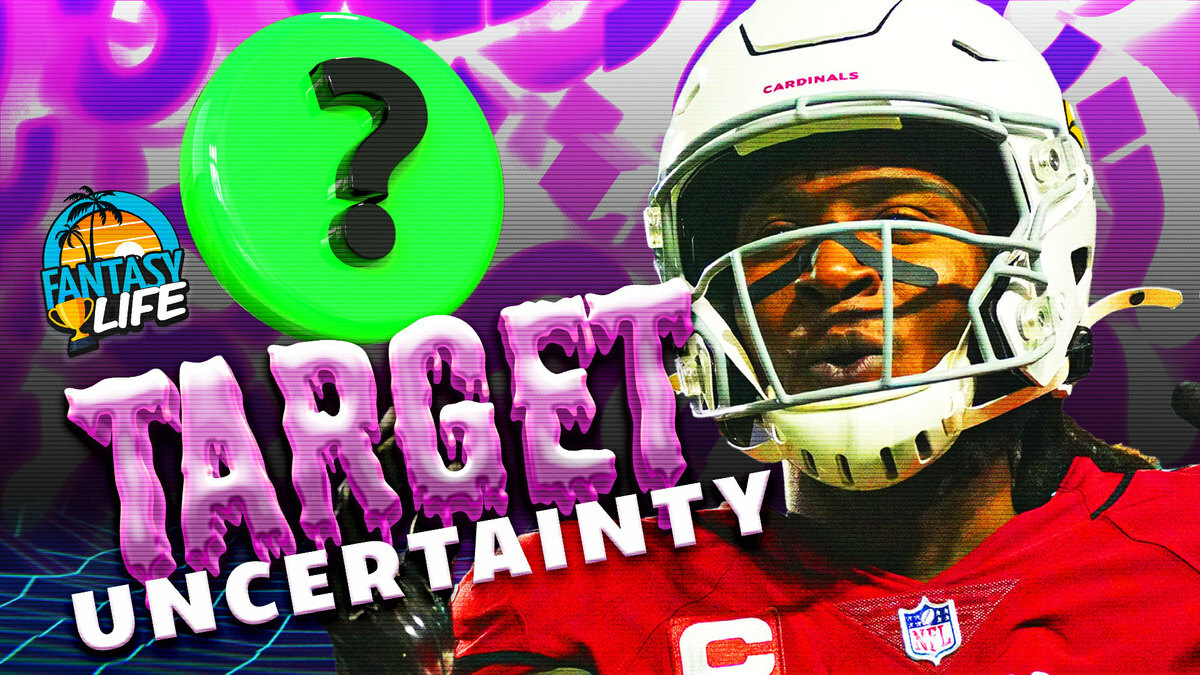 These players are often discounted by multiple rounds in ADP because of the lack of production they will be providing at the beginning of the season, which makes them prime targets in best ball tournaments where the production we care about the most is in Weeks 15-17.

If there was ever a time for our team to not miss their production, it’s at the beginning of the season when our teams are the healthiest they’ll be all year and the bye weeks have yet to start.

When targeting these players, we are trying to catch lightning in a bottle, like Josh Gordon’s legendary 2013 season. Gordon’s two game suspension pushed his ADP into the double-digit rounds and then he promptly returned to put up 1646 yards and 9 TDs.

Odell Beckham Jr. missed the first four games of his rookie year with a hamstring injury and then he set the league on fire down the stretch and finished as the overall WR6 in just 12 games.

When making these kinds of bets, we want to make sure the players have the talent and pedigree to blow up down the stretch.

🎁 Bonus: We can also scoop discounts on players who are rumored to be suspended, but might not be like Alvin Kamara.

📝 To summarize. In targeting these three cohorts of players –rookies, handcuffs and injured/suspended players–we are checking virtually every box we are looking for in BBM3 player selections:

Uncertainty breeds opportunity, and if you’re wanting to find your way to 2 million, grabbing discounted players who could return massive value in Week 17 is a prime way to do that.

💰 Another elite WR get paid. Congrats to Deebo Samuel.

🚀 The Rams WR ready for blastoff. "The hype is very much real" out of Los Angeles. Paving the way is the fact that one of their other WRs is dealing with a knee issue.

🤔 Who will be the WR1 in Kansas City?? The rookie is dominating camp.

🔔 Can a bellcow back emerge in Seattle? We worried about Travis Homer stealing pass work the other day, but maybe the rookie can lock that role up?

🌟 The "star" of Jags camp. Draft him now because he's going to get pricey if this buzz continues.

🛡️ The TE who might be asked to block a lot. We want our fantasy TEs catching passes, so this is concerning.

🤢Deshaun Watson is finally suspended.  The Cleveland QB will be suspended for 6 games.

Our Senior Analyst & Director of Social, Kendall Valenzuela, shares a few different ways to stack one of her favorite offenses, the Las Vegas Raiders...

We all know the rules at this point, stack Josh Allen with Stefon Diggs or Patrick Mahomes with Travis Kelce, and you are golden. However, to successfully navigate our draft rooms and select players at good values, sometimes it takes a creative stack to get the best results.

The Raiders are one of my favorite teams to stack right now if the pieces line up. They currently have 4 players going before pick 90, and their starting quarterback is in the 107 range.

Because of this, the Raiders offer many game-stack options (that actually have promise), and Derek Carr isn’t hard to stack thanks to his ADP. Below are three fun ways you can stack up the squad... 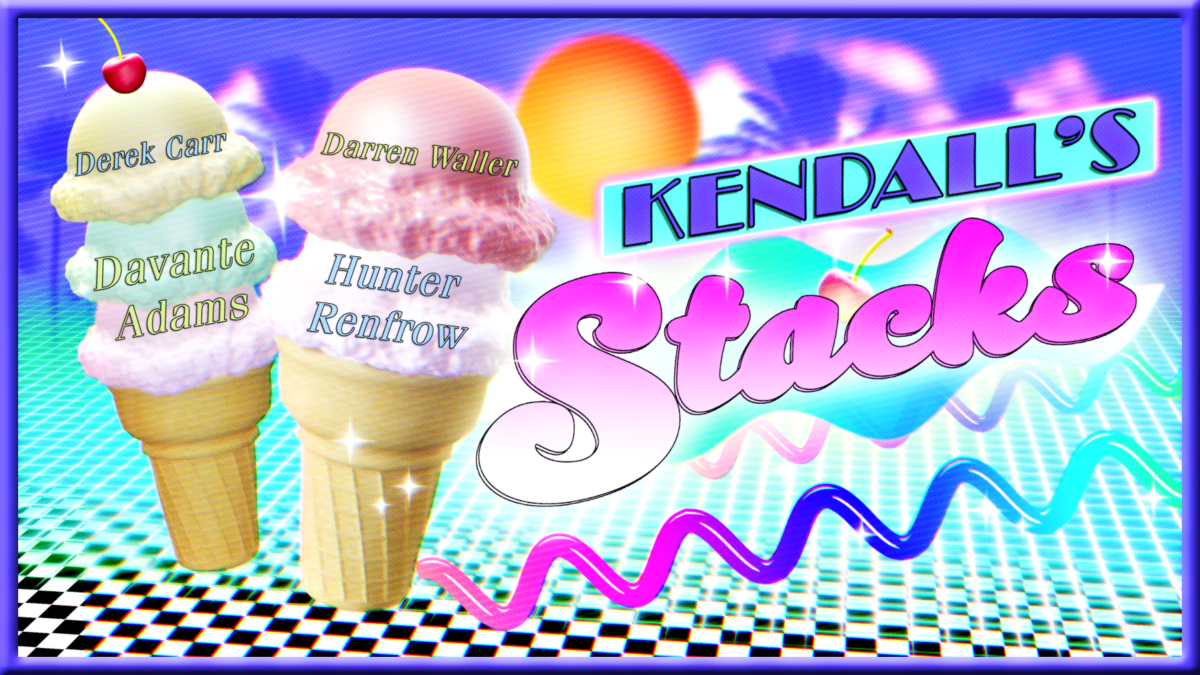 🍦 The Traditional Raiders Stack (1 of Adams or Waller with Carr)

Davante Adams’ current Underdog ADP at 11.3 makes me think many believe Adams moving on from Aaron Rodgers hurts his value, but I think he ends up being a Top 3 WR after being paired with his former college quarterback and receiving a new mega contract. With this double stack, we are hoping for a full healthy season from Darren Waller. He was the TE7 on a points-per-game basis in 2021, and is still an elite option.

🎱 The Unconventional Stack (Jacobs and Renfrow with Carr)

Hunter Renfrow’s two-year, $32 million extension shows that head coach Josh McDaniels wants Renfrow to remain a big part of the team. There are a lot of mouths to feed, but Renfrow is a more than viable option because of new coverage focused on Adams. Renfrow is a solid No. 2 and we shouldn’t expect his 128 targets from a season ago to disastrously decrease.

It’s obvious that this will most likely be Josh Jacobs’ final season with the Raiders after the team declined his fifth-year option. Nonetheless, Jacobs will more than likely see improvement on his rushing numbers (872 yards) from last season. There have been recent training camp reports saying that Jacobs is expected to share touches with Kenyan Drake this season. The upside with Jacobs is there — he will have solid outings this season even if a committee approach isn’t ideal.

Peter Overzet covered this concept in a recent newsletter. The 49ers play the Raiders in Week 17, and since the majority of the money in BBM3 goes to the Top 5 finishers in the 470-person grouping, you can think about the game from a DFS perspective. In this scenario, we’d be playing for a game where the 49ers are succeeding on the ground, and the Raiders are playing catch up.