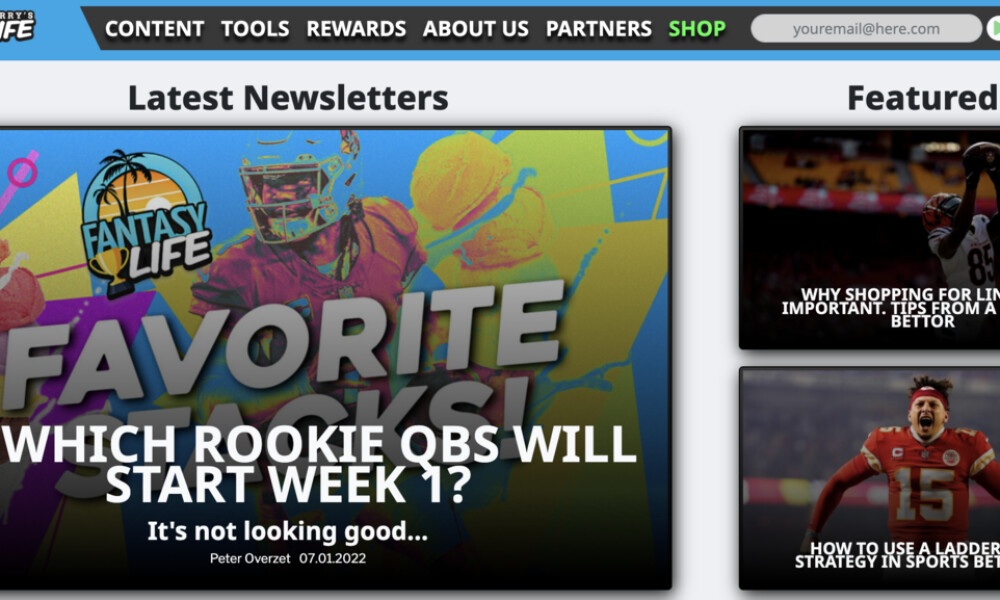 Come on in, and welcome to our new website. Nah, don't worry about taking off your shoes...

Everyone knows what happened next: the Rams won the Super Bowl and Kupp led the NFL in receptions, receiving yards, and receiving touchdowns.

They say the NFL is a "copycat league" and it would appear that other teammate duos are trying to replicate the power of the Breakfast Narrative with various forms of off-the-field bonding.

First, we have a new Dishwashing Narrative emerging out of Miami:

Tyreek Hill on his developing bromance with Tua

It doesn't stop there, though. We also have a Book Club Narrative percolating in Green Bay:

Very fitting I finish reading The Razors Edge on my flight to Paris! Shoutout @AaronRodgers12@PatMcAfeeShow ‘s book club - 3 books checked off so far this off-season!

In the new Top Gun (this isn't a spoiler, R-E-L-A-X), Jon Hamm's character asks Maverick why he's hosting a football game on the beach when there are more pressing matters at hand.

Maverick's response: "You said to create a team, Sir. There’s your team."

We teased it all last week and now it's finally time to unveil the new Fantasy Life website.

In addition to housing all of our newsletters, we're most excited about the insane amount of free tools we will be providing Fantasy Lifers:

Want to print off a cheat sheet of Waz's ranks for an upcoming draft? We got you covered.

Maybe you want to compare where a player is currently being drafted on two different sites? We have ADP data for 5 different platforms (Underdog, FFPC, Yahoo, NFFC, and RT).

Are you looking for advance stats to put together an article or just destroy that random person on Twitter in an argument? We have screeners for Air Yards, Snaps, Advanced Rushing, Receiving, & Defense, NFL DvP, Passing Accuracy, Passing vs. Pressure, and Play Action Passing.

It doesn't end there, though. We even have tools for sports bettors, including a Betting Odds Calculator and a Betting Parlay Calculator.

We'll have even more tools available soon and when the season starts (League Sync, Rate My Trade, Start/Sit, and a Prop Finder) but this should hold you over until then.

It's an exciting time here at Fantasy Life. Poke around and let us know what you think.

🏃 Michael Thomas running routes. I don't know what we learned here, but if you're not watching these videos you're likely getting outworked by your leaguemates.

1️⃣ The Kyle Pitts TD compilation. Clear your schedule, it's going to take all afternoon to watch this.

📅 We'll get a Deshaun Watson update when?!? Mike Florio shares a likely date.

❓How about Alvin Kamara's suspension? The timeline is up in the air.

In this series, our contributors will disclose their favorite players and tell us why they can't stop drafting them. Today, we have Linda disclosing her love for Cole Kmet...

Why: Every offseason we’re tasked with finding the next great TE sleeper. At a position that rarely produces more than two or three studs, this is an essential part of roster construction.

But young TEs often take a few years to develop and Kmet is still only 23 years-old. The team also lost both WR Allen Robinson and TE Jimmy Graham this offseason, meaning there should be even more available targets available for Kmet.

Another key to identifying TEs who will produce is knowing how often they are asked to block. Unless you’re playing in a PPB league (points per block) you want your TE running routes. Lucky for us, Kmet ran the 6th most routes by a TE in 2021 with 454. All five TEs who ran more routes than him finished as Top 10 TEs.

The path to production is clearly visible. There’s a real chance that Kmet is not only the second target on his team but that he amasses 100+ targets as well. Kmet didn’t find the endzone in 2021, but TDs are a volatile stat and his usage should lead to regression in that department.

Oh, and as an added bonus: Kmet and QB Justin Fields are building chemistry this offseason. We should find out if they’re having breakfast together.

Disclosures: I’ve been in on Kmet since he was drafted. I have publicly pleaded with Graham to hang up the cleats. I once tweeted at Nick Foles asking for him to deliver me a Christmas miracle by solely targeting Kmet. I’ve been here since the beginning and it’s finally time to cash in.

The season is fast approaching, which means it is time for us to get to know all of these NFL teams and who we should be drafting and fading after a busy offseason. In today's team preview, our ranker extraordinaire, Waz, previews the Arizona Cardinals...

Despite opening the 2021 season 7-0, and being 9-2 before the bye, the Cardinals would lose four of their last five games and fall to the eventual Super Bowl champion Rams in the Wild Card round. This season, the Cardinals carry favorable odds to win the NFC West (-115), but are still underdogs to the Rams (-375) and carry just the 15th best odds (+3000) to win the Super Bowl. 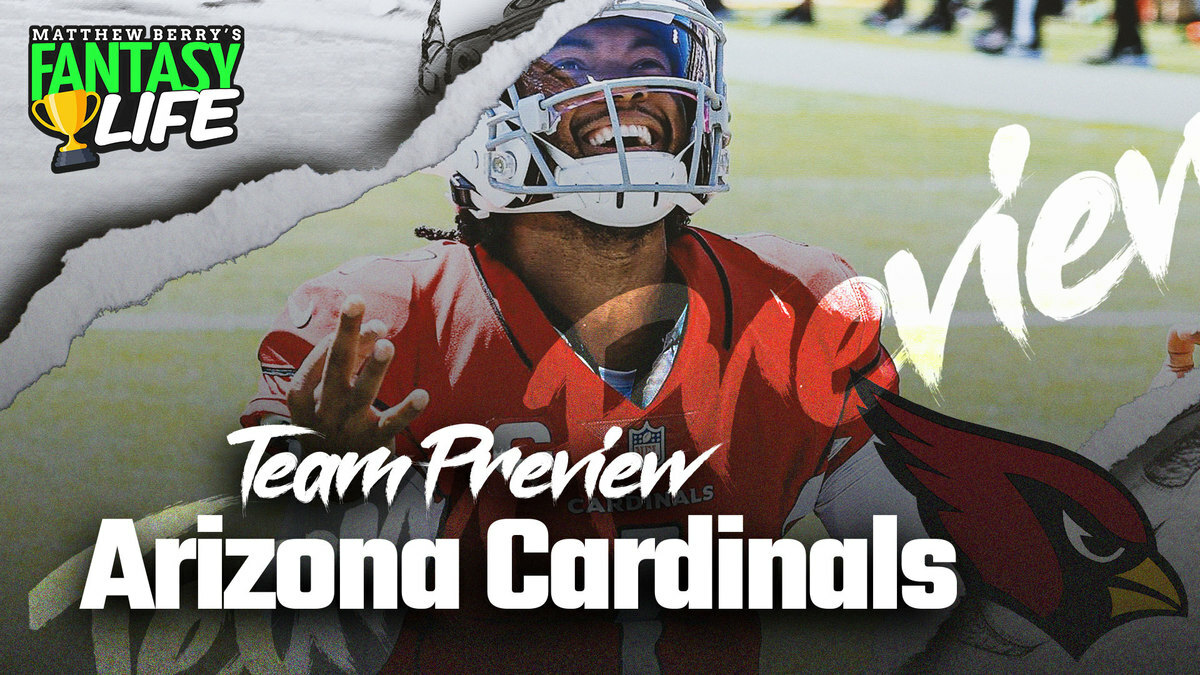 The Cardinals broke a five-season playoff slump last season, but also continued the trend of stumbling in the second half of their season. A strong back nine will be essential this year if the Cardinals want an opportunity to clinch the division and remain competitive in the NFC. Unfortunately, in those games, they will have to face the Rams and 49ers twice, and the Chargers and Buccaneers once.

In anticipation of losing Hopkins for the first six games of the season, the team traded their first-round draft pick for Brown and signaled that they wanted to provide Murray with some consistency in the passing game. Brown arrives as a fourth-year player fresh off his first 1,000-yard receiving season.

Outside of the favorable receiving corps, the Cardinals added support in the backfield. After letting Edmonds walk, they brought in Williams and drafted Ingram. Conner will undoubtedly be the lead guy there, but he hasn’t posted a full season since entering the league. If he were to miss time, RB Eno Benjamin could also see additional work.