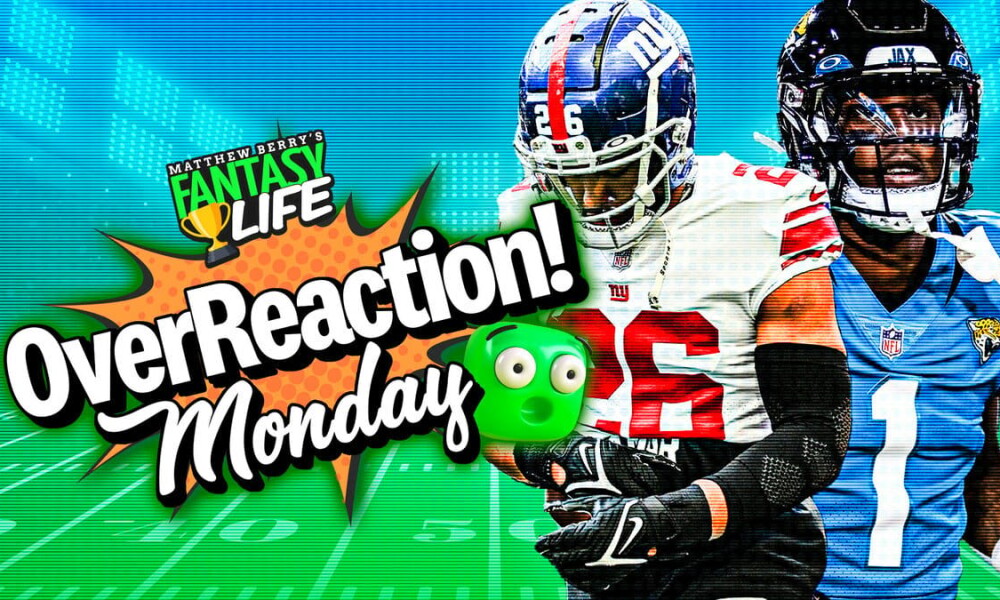 😡 The Bengals Are Pissed

And headed to the AFC Championship...

Ever since the Bengals made their improbable run to the Super Bowl last year, there have been whispers that it was a fluke.

All season long they were placed into a second tier by the collective media behind the Bills and Chiefs.

Then they were slighted with how the league handled the cancelled Bills game and erased their chances at home field advantage.

And then they spent the entire week watching everyone daydream about a Chiefs-Bills AFC Championship game on a neutral field in Atlanta.

Well, apparently it was sufficient bulletin board material because the Bengals ran roughshod over the Bills to secure yet another Conference Championship game at Arrowhead.

And on the other side of the bracket, the Cinderella kid himself, Brock Purdy (more on him below), pulled out another W from his black hat to help the Niners advance to the NFC Championship game vs. the Eagles.

We'll have wall-to-wall coverage on these games throughout the week, including some early bets we like in today's edition, but here's what you have to look forward to next weekend...

Before the four best teams take the field this weekend to determine who is going to the Big Game, YOU have four more chances to listen to the best team in Fantasy Football break down everything you’ll need to know about the games!

For the final time this season, Fantasy Life is bringing you the best sports conversations on Amp this week:

The Fantasy Life team has loved the Amp community and looks forward to coming back next season!

While we are sad the season is winding down, the good news is Amp has shows for everyone.

Whether you want music, to riff on sports, or discuss pop culture, the fun doesn't stop when we hit our offseason.

Peter is here to share his six big takeaways from the week's action compliments of our friends over at Bud Light. Let's crack open that six pack, Pete...

Joe Burrow told us his the Bengals' Super Bowl window was his "whole career" (while wearing a turtleneck, no less) and I don't think he was joking.

Despite concerns about the Cincy offensive line, he sliced up the Bills yesterday (242 yards and 2 TDs, plus 31 yards rushing) by getting the ball out quickly. Watch him calmly step into the pocket and float this ball to Ja'Marr Chase for a TD.

He's now 5-1 in his postseason career and had some postgame comments for anyone who purchased tickets to the Bills-Chiefs game in Atlanta next week...

Joe Burrow was asked about the NFL's plans for a neutral site AFC Championship game, and the tickets that were pre-purchase.

The Niners didn't generate a ton of offense against the Cowboys, but Kittle led the charge by converting some key third downs and racking up 5-95 on the day. I'm burying the lede, though...one of his five catches was an insane bobbled ball that he snatched out of mid-air after it hit his helmet. Seriously, look at this:

It seems like every game the Niners have a different skill position player who steps up to be the hero. This week it was undoubtedly Kittle.

The Bengals passing game steals most of the headlines in wins, but Mixon was the engine vs. the Bills, rushing for 105 yards and 1 TD. The offensive line dominated the trenches and Mixon made the most of it:

Joe Mixon averaged 2.6 rush yards before contact in the Divisional Rd, his most in a game since Week 14, 2019.

This doesn't sound like a guy who is nervous about playing the Chiefs next week...

I've given Lamb a hard time at various points this season because he tends not to show up in big spots, but I need to tip the cap to him after his impressive 10-117 line yesterday.

Not only was he the engine of the offense after Tony Pollard exited the game early with an injury, but he also held onto the ball after taking some big hits.  This deep bomb he caught in the third quarter after getting interfered with is as impressive of a catch as you'll see in the league:

🍺 5. Cowboys, wyd? Seriously. What the hell are you doing?

Normally I reserve this six pack section to spotlight the most impressive performances of the weekend, but some of the things the Cowboys did yesterday were so stunningly baffling and hilarious that it deserves its own section. Get a load of this...

The final play that sends the @49ers to the NFC Championship! #NFLPlayoffs

🍺 6. Damar Hamlin in the stands

The Bills storybook season didn't follow the script's happy ending, but it was still great to see Damar Hamlin at Orchard Park for the game. There weren't many great moments for the Bills yesterday, but the shot of Hamlin in the box showing love to the fans was one to remember:

🧊 An update on Patrick Mahomes. Can he really play through this?

😡 Stefon Diggs was PISSED after the game. He's an emotional dude...at least he was easy to spot.

🤑 Holy cow, what a sweat. This is an insane parlay to hit.

🙏🏻 Does your team need WR help this offseason? Good luck.

🗝️ NFL technology needs an update. Lmao, are we for real?

We're humans who play fantasy football, which means we are prone to overreact. In this weekly series, Kendall will lead us in overreacting to this weekend's action...

👏 Thanks for the memories, Jags & Giants

We always love a good underdog story, and even though their storybook seasons ended on Saturday we have to give credit to the Jaguars and Giants for an incredible run.

The Jaguars seemingly did the impossible this season – becoming the first NFL team to make the playoffs following consecutive 14-loss seasons. Trevor Lawrence had a breakout year and put everyone on notice. He doubled his touchdowns, from 12 last season to 25 and cut his interceptions in half going from 17 to eight. Doug Pederson coached out of his mind and proved to be a perfect fit with his quarterback. Lawrence spoke after the team’s Saturday loss and said it’s “just the beginning” for this group.

What’s next for this team? Last offseason, Jacksonville dominated the free-agent market, and signed seven players to contracts worth $9 million or more. The Jaguars are here to stay and it’s pretty damn exciting.

When you looked at the Giants roster this year there’s a reason many counted them out. After declining Daniel Jones’ fifth-year option there were a lot of questions about how this team would look under Brian Daboll and Co.

Jones played well down the stretch. During the regular season he logged 3,205 passing yards, 15 touchdowns and five interceptions. Jones also ranked 11th among quarterbacks in EPA per play, according to TruMedia. Saquon Barkley had an incredible (and finally healthy) season too, notching 1,650 yards and 10 touchdowns from scrimmage.

Underdogs no longer, let’s see what next season brings for these two teams.

It’s Joe Burrow’s world and we are just living in it. The Bengals dominated the Bills on Sunday afternoon, sending them back to the AFC Championship game to take on the Chiefs.

Burrow is now a perfect 6-0 in January and looking to make another Super Bowl run. Cincinnati has won three in a row against Kansas City, and with Patrick Mahomes sustaining a high-ankle sprain during the Divisional Round it’s safe to ask who can really stop this red-hot Bengals team?

Get your popcorn out, because this game is going to be a dandy. Speaking of which...

Timing is crucial when it comes to sports betting. Lines get released late on Sunday night, and every Monday, our betting specialist Matt LaMarca drops by to give you his first look at the betting markets. Here's what he likes for Conference Championship weekend. All lines from BetMGM...

I was extremely curious to see what the opening number in this contest would be. The Bengals ended up closing as six-point underdogs vs. the Bills, and they burned Vegas once again. Cincinnati has been nails at covering the spread since the beginning of last season, posting a record of 27-12. They’ve been elite as underdogs, covering in 12 of 15 contests, so the public took home plenty of money with their victory over Buffalo.

With that in mind, it’s not surprising that the Bengals are getting fewer points in Kansas City. That likely would’ve been true regardless, but the Patrick Mahomes injury is clearly a factor. He was able to return to the lineup in the second half of their win over the Jaguars, but Mahomes is reportedly dealing with a high-ankle sprain. Mahomes has already stated that he’s going to be in the lineup, but a high-ankle sprain can sideline players for up to eight weeks. If he is out there, it’s highly unlikely that he’s the same player.

Still, the Bengals have plenty of issues of their own. Their offensive line deficiencies didn’t bite them against the Bills, but Buffalo’s pass rush was not the same after losing Von Miller. The snowy conditions also played an impact since it typically results in a slower track. The Chiefs ranked third in the league in adjusted sack rate, so they should be able to make life much more difficult for Joe Burrow than the Bills did.

Additionally, it’s tough for me to reconcile the difference in spread over the past two weeks. The sharps liked the Bills as moderate favorites against Cincinnati, so this feels like too much value to pass up.

Mahomes has a sparkling ATS record when favored by three points or less, so I’ll take my chances with his balky ankle.

This is another game where I expect the public to be on the underdog and the sharps to be on the favorite. The sharps backed the Eagles last week vs. the Giants, while they grabbed the points with the Cowboys in San Francisco. The Eagles absolutely mauled their division rivals, but the 49ers were able to hold on against Dallas.

However, I remain unconvinced about quarterback Brock Purdy. He did just enough to get past Dallas, who were dealing with a multitude of issues. Not only was their kicker having an identity crisis, but Tony Pollard went down with an injury. Dak Prescott also threw two interceptions in an extremely disappointing performance.

The Eagles are going to represent a steep step up in weight class. They possess arguably the second-best roster in football, and they're one of the few teams that can actually match up with the 49ers basically across the board. Of course, the Eagles have a massive edge at quarterback with Jalen Hurts, who was arguably the MVP of the league before getting injured.

This number is currently sitting at 2.5, making it a perfect candidate to take early. There’s a huge difference between -2.5 and -3.0, but you’re not risking much if it moves in the other direction.

Sweat with us on BetMGM
Publish on beehiiv
Enjoy This Newsletter?
Get it delivered to your inbox every morning!