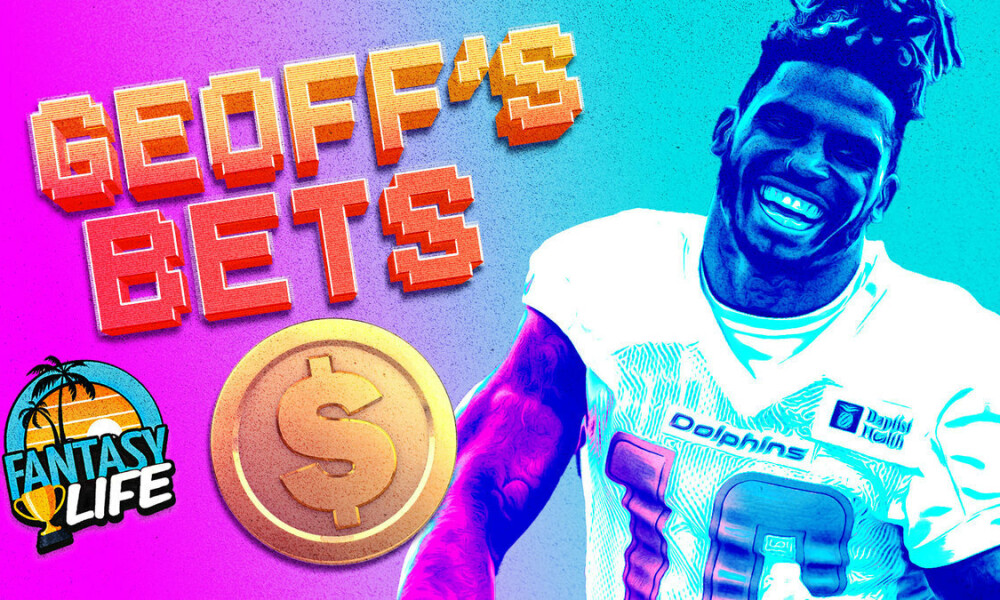 🚑 The Broncos Lose A Major Weapon

How to handle Denver in drafts now...

We are one day away from NFL football...

Training camp and preseason injuries are inevitable, but it still stings every time one occurs.

Yesterday we got our first major injury with Broncos WR Tim Patrick twisting his leg during a leaping catch. An MRI later confirmed that he suffered a season-ending ACL tear.

It's a brutal piece of news for an exciting WR that many of us at the Fantasy Life offices had targeted as a breakout candidate with Russell Wilson this year.

Drafters had been routinely selecting him in the 10th and 11th round of Underdog tournaments: 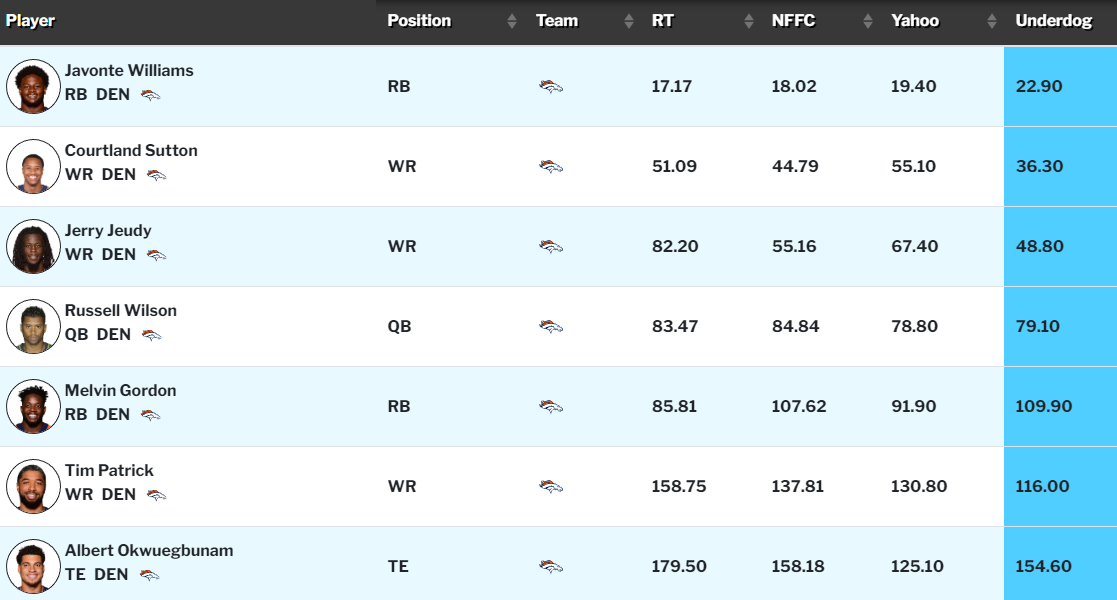 If there's one silver lining here for the Broncos, it's that they are loaded with pass catchers.

It's hard to imagine Sutton and Jeudy getting drafted much earlier than they are going now, but look for Hamler and the TEs to rise up draft boards in the coming days.

If you want to see how a draft unfolded just hours after the Patrick news, check out a draft Kendall and I did in Underdog's Puppy 3 contest with a $200,000 first place prize: 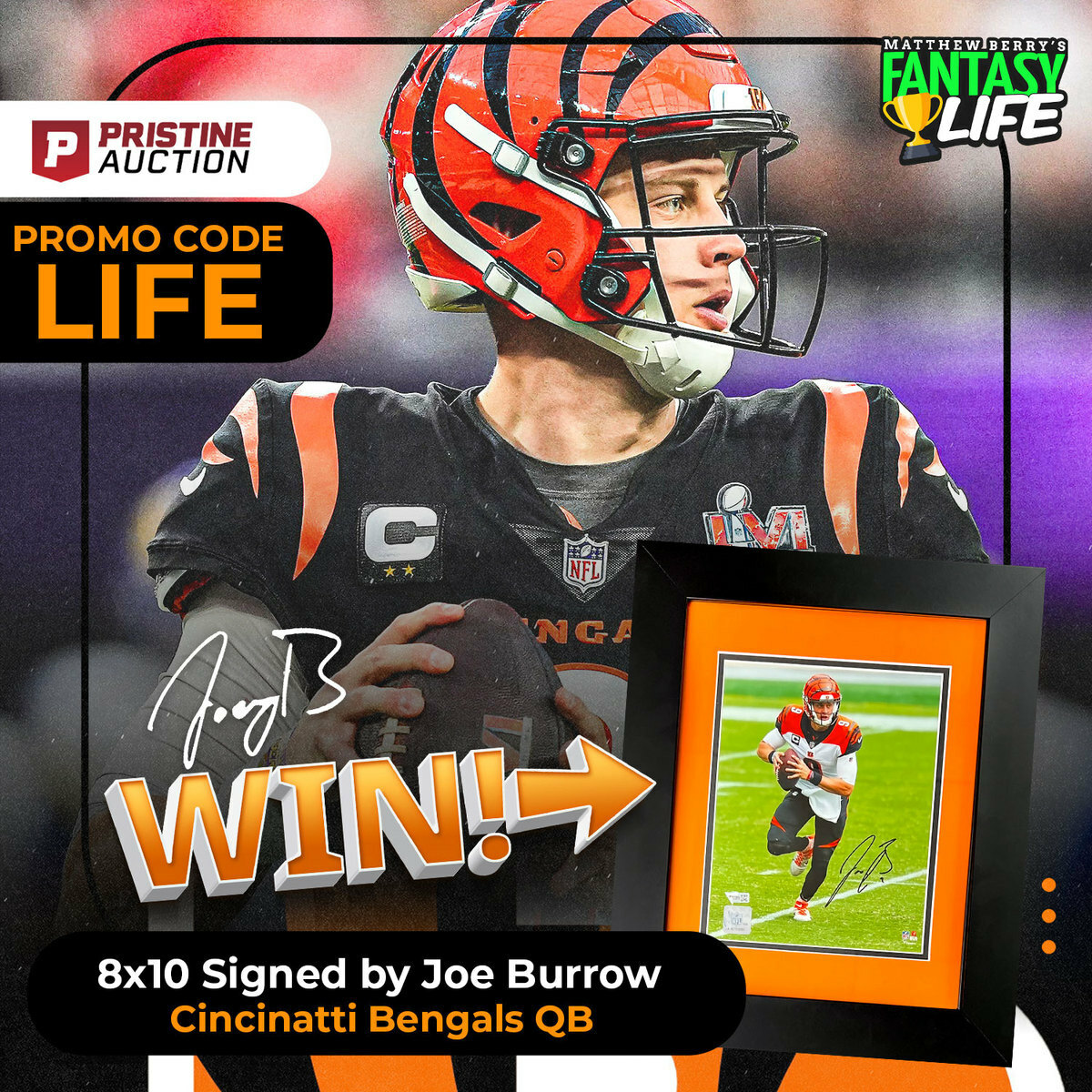 You don't end up with multiple nicknames (Joe Cool, Joe Sheisty, Joe Brr) without having some swag.

And you won't end up with a free signed Joe Burrow photo if you don't sign up for Pristine Auction.

Anyone who registers with promo code LIFE will be entered to win.

Pristine Auction is the most trusted Sports Memorabilia auction site, with an A+ BBB Rating. Auctions on Pristine Auction start at just $1 and each day there are over 1,000 autographed items available, so you are able to win signed authentic items at affordable prices.

Last week, an autographed Justin Herbert jersey sold for $110. That's the auction equivalent of him falling to the 6th round in a draft (narrator: that never happens).

Deals like this are happening all the time on Pristine Auction, and they have just about every player you could want including Tom Brady, Patrick Mahomes, Will Fuller*, and so much more.

*Ok, I'm trying to manifest Fuller to the Cowboys and couldn't help myself

Every item on Pristine Auction comes with a certificate of authenticity from the industry’s most reputable authenticators. In addition to being entered to win the signed Joe Burrow photo, you'll also get $10 off your first item won when you use code “LIFE”.

Have fun shopping and may the odds be in your favor for the Joe Cool photo.. 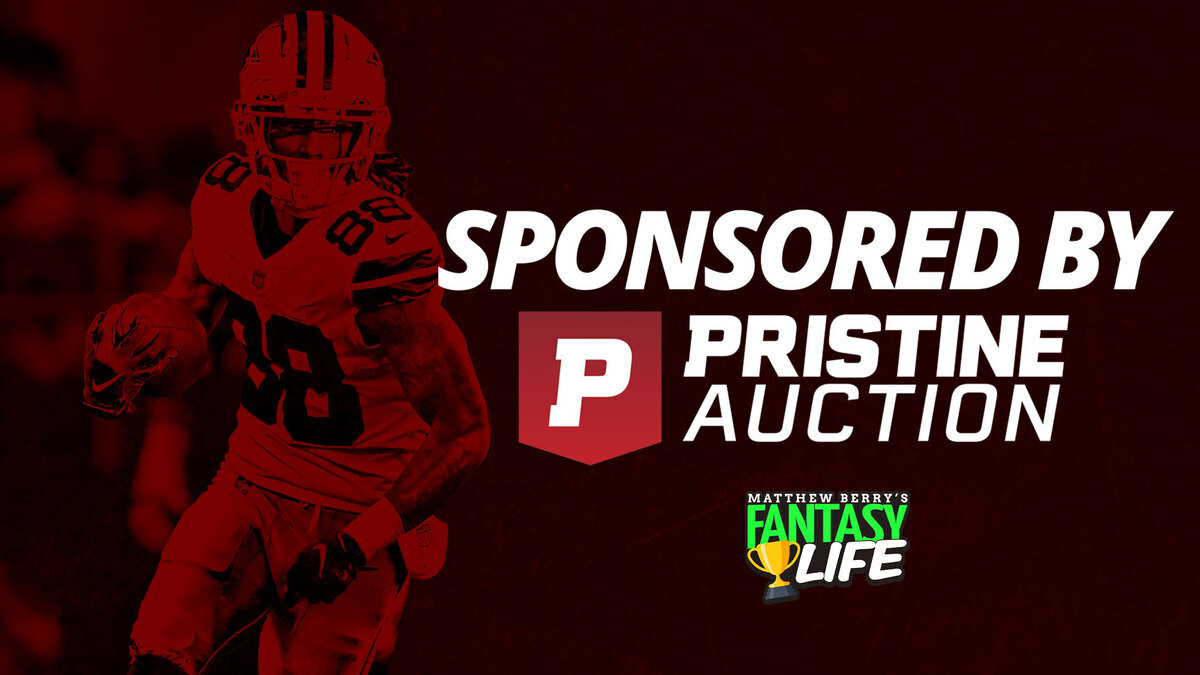 💸 An extreme RB value in drafts. We love taking the cheaper back in a 2-way RB committee.

😡 Tom Brady is mad at Leonard Fournette. Could this open the door for Rachaad White?

🐝 This rookie WR continues to get buzz. I swear every day there is another flattering report out of NE.

👮 The Dolphins got caught cheating. Here's the full punishment after tampering with Tom Brady and Sean Payton.

🚑 Irv Smith underwent thumb surgery yesterday. Will he be ready for Week 1?

👁️‍🗨️ Another day, another Chiefs RB blurb to decode. Lord help us.

In this series, our contributors will share the sleepers that they're targeting in drafts. Today, Kevin Tompkins hypes up an unheralded TE...

After last season’s total meltdown, the Jaguars hit the reset button on their pass-catching group this offseason and head into 2022 with questions about who will lead this team in targets.

Christian Kirk secured the bag in free agency this offseason, as did Zay Jones. The drafters apparently hate Laviska Shenault given his 18th Round ADP on Underdog Fantasy, and Marvin Jones is ancient. That leaves Evan Engram, who will only be 28 when this season starts.

Engram was Kyle Pitts before Kyle Pitts in terms of athleticism and compares favorably to bigger WRs like the late Demaryius Thomas and Andre Johnson. He’s essentially a WR that has TE eligibility.

Engram has earned over 100 targets in two of his first five seasons in the league, but he hasn’t finished as a top-12 fantasy TE since his rookie season in 2017, where he was famously the last Giants pass-catcher standing after injuries to Brandon Marshall, Odell Beckham Jr., and Sterling Shepard. 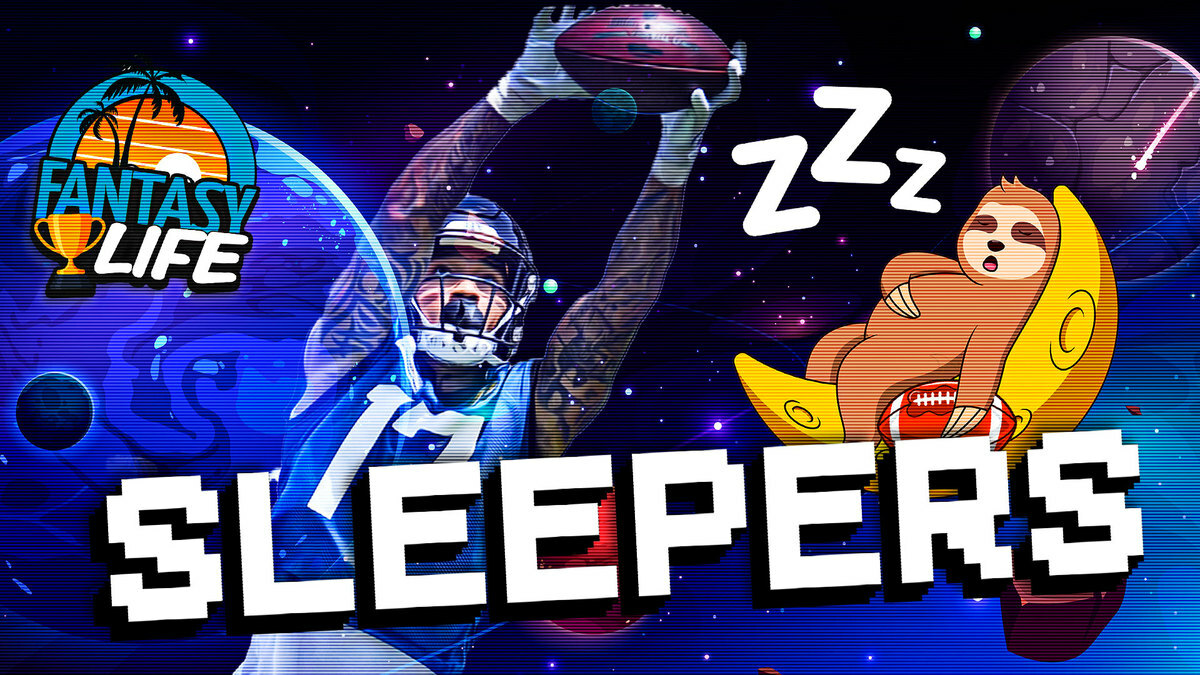 For 2022, Engram steps into an ambiguous Jaguars pass-catching group with no established top target and a new head coach in Doug Pederson who: A) is not Urban Meyer and B) loves to target the TE position.

Doug Pederson has a track record of feeding his tight ends going back to his time as an offensive coordinator for the Chiefs, and that trend continued during his head coaching stint with the Eagles. During those two stops, only once has a Pederson-coached TE finished worse than the TE8 in PPG.

The public perception of Engram is #notgood, but it’s hard to see any player succeed on a Giants team that was dead last in touchdowns scored in two consecutive seasons. The prevailing thought from fantasy managers is that the bloom is off the rose with Engram at 28 years old. At the TE position, we see breakouts happen much later than RB or WR,and we’ve seen many successful fantasy TEs (especially athletic ones) go to a second team and succeed, like Delanie Walker, Jared Cook, Greg Olsen, and Eric Ebron.

So with the Jaguars’ pass-catching group in a state of limbo, somebody like Engram with elite athleticism has the opportunity to put everything together in 2022. He’s done it before.

For five straight years now, a tight end has come from outside the top 17 TEs in ADP to finish top 5 in PPR.

We are going to find them.

Our friends over at Fantasy Points did a deep dive looking at the most consistent and inconsistent players in the league. Today Jake Tribbey shares with us one interesting player from each bucket. Take it away, Jake...

Penny was the single least-consistent player in fantasy football last year, but that was largely due to inconsistent opportunity. In Penny’s first four games of the season, he suffered injuries in two different games and averaged just 3.5 XFP/G, 4.3 touches per game, and 4.3 FPG.

When provided anything close to a significant workload, Penny was a hyper-efficient high-end RB1. But, it’s fair to question if a significant workload reduction is a likely outcome after the Seahawks drafted Kenneth Walker, and replaced Russell Wilson with Drew Lock. If condemned to a committee in a bad offense, it’s difficult to view Penny as much more than an RB3 – granted, an RB3 who would almost surely smash if provided with anything close to bell cow usage. 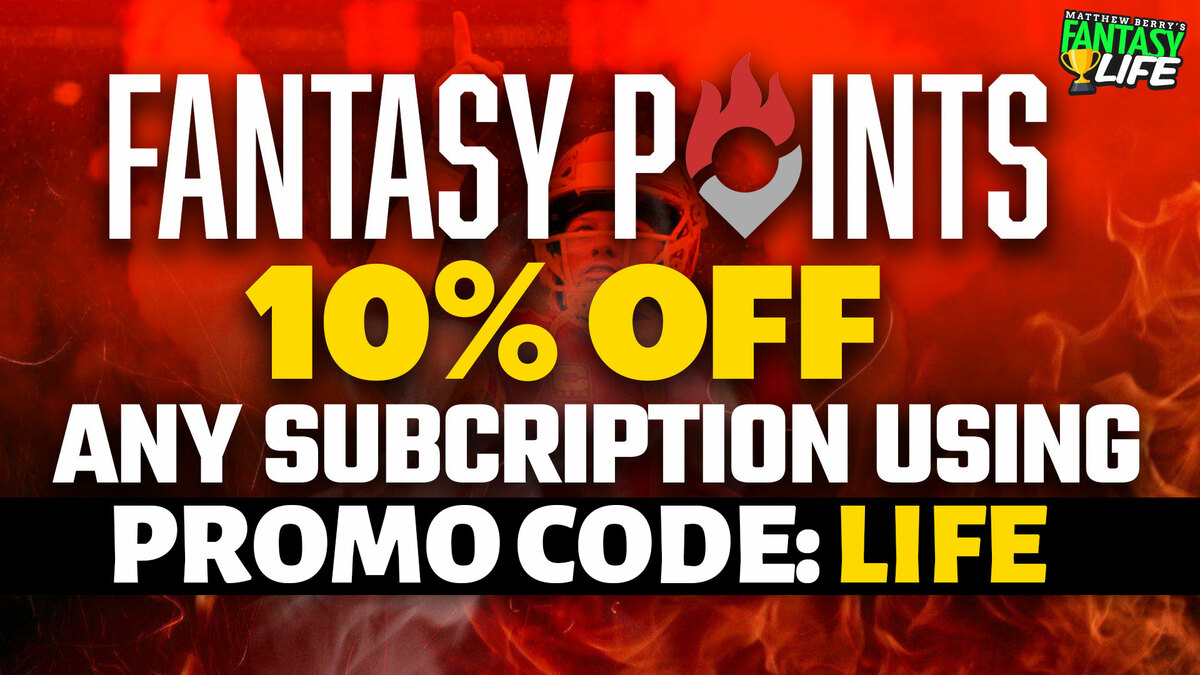 Keenan Allen was the overall most consistent player in fantasy last season, scoring between 10.0 and 22.4 fantasy points in 15 of his 16 games. And this certainly isn’t an anomaly for Allen, who was also one of the most consistent players in fantasy in 2018. Allen was also one of the most valuable WRs in fantasy last year, finishing 11th in total fantasy points and 10th by WAR. Allen’s consistency obviously proved to be valuable (as evident by his WAR, which factors this into the equation), but his lack of a ceiling (0 games with more than 25.0 fantasy points) restricted his overall value.

It should go without saying that he’s a much stronger pick in start/sit as opposed to best ball leagues. But, we could also argue he’s a strong pick regardless of format. He ranked 8th among all WRs last season with 18.0 XFP/G, and over the last 5 seasons, he’s finished as WR12 (2021), WR6, WR8, WR18, and WR4 by FPG. If we use that as our baseline, we could argue Allen has a 60% chance to beat his current ADP of WR12, and that argument is further bolstered by Justin Herbert gaining steam in the 2022 MVP conversation, with his odds already as high as +550 (behind only Josh Allen) at some sportsbooks.

Click here to see the full list of the most consistent and inconsistent players last year. Fantasy Life readers get 10% off a Fantasy Points subscription with promo code LIFE.

When we're not drafting best ball teams, we do a little sports betting. Today Geoff shares some of his favorite NFL bets on the board right now...

Before we begin, let’s remember that for this prop to go over we don’t just need Hill to find the endzone nine times, but need him to do it through the air on all nine occasions. Hill’s new head coach is mad Mike McDaniel, the man who turned his top WR (Deebo Samuel) into a RB in 2021.

McDaniel seems like he’d be a solid Robust RB drafter, but what we need to know here is that no receiver on the 49ers last season scored more than six receiving TDs. The 49ers were fourth in rush play percentage and also one of the rush heaviest teams when they entered the red zone – no wide receiver received more than 11 red zone targets on the 49ers in 2021 either.

Hill’s speed makes him less reliant on red zone usage for receiving TDs but he also won’t be the only show in town. Jaylen Waddle and Mike Gesicki received 253 targets between them in 2021 and Waddle’s 16 red zone targets would have led the 49ers. Long story short, Hill is going to need to be efficient to go over this total. He played 20 games last season, counting playoffs, and at 28 just received a boatload of guaranteed money.

Hill's motivation, the Miami depth chart, and system in play all seemingly work against Hill posting career receiving totals. Miami should be fun to watch but doing so while fading this Hill TD total is something I’m fully on board with for 2022. 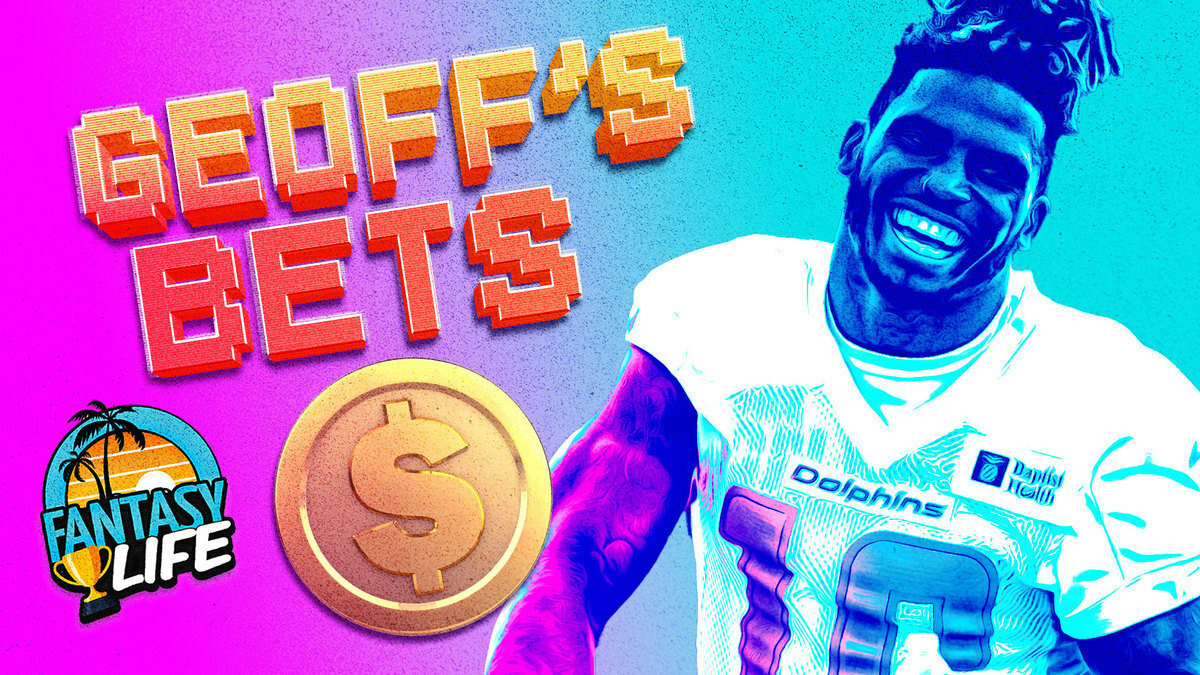 The Buccaneers haven’t had the greatest start to camp. C Ryan Jenson looks potentially done for the season and his absence will mean Tampa Bay will be down three starters from the 2021 O-Line (Alex Cappa - free agency, Ali Marpet - retirement). Despite the injury issues and player turnover, Tampa Bay’s number to win the NFC South hasn’t moved at all and remains at around -300 on MGMBets.

So how do we take advantage? Folks, it's time to eat some W’s.

The Saints have been a trouble spot for Tom Brady since he arrived in Florida. They’re 4-0 straight up against the Buccaneers since 2020 (regular season only) and have just as dominant a defense as the Bucs. The Saints allowed the fourth-lowest quarterback rating at 81.7 in 2021 and were also first in stopping the run, allowing just 3.7 yards per rush.

The Bucs have the edge at QB but the Brady bias has likely led to a spread in odds between these two teams that is bigger than it should be. It’s also worth remembering that through seven games last year Jameis Winston had posted a 102.8 QB rating and 8.2 yards per attempt, both career bests. When you add in a revamped offense, and a healthy and practicing Michael Thomas, the Saints are my favorite team to invest in right now (with odds North of +300) in the division winner’s market.

Only three times in NFL history has a team had to forfeit their 1st round draft pick.