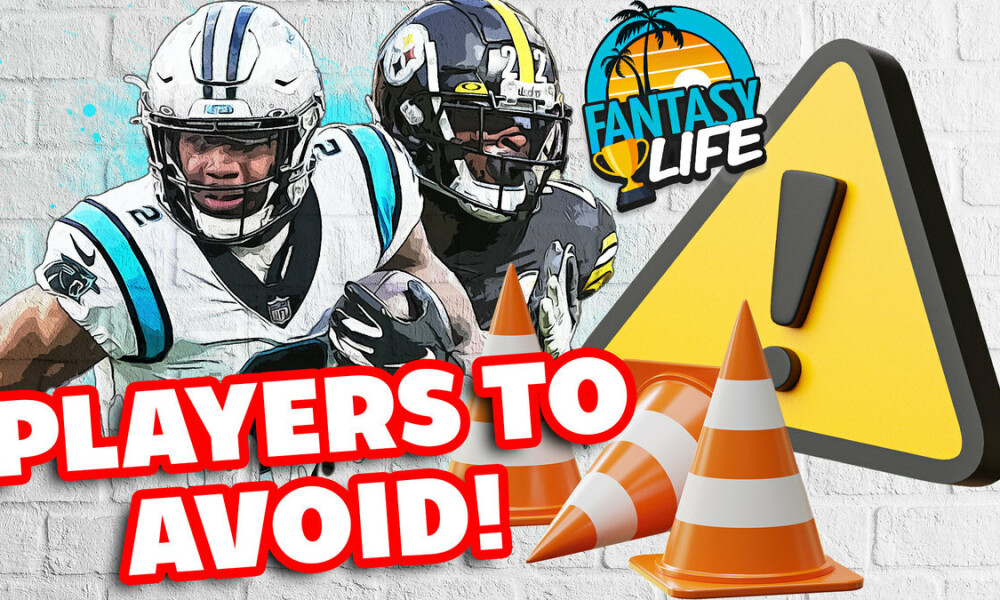 The Most Exciting Offense In Fantasy

Don't leave a draft without a piece...

Let's keep the speeding to down the sideline, Hollywood...

There isn't a more fun team to target in fantasy this year than the Arizona Cardinals.

Best of all, the Cardinals ADPs give us plenty of avenues to get exposure at a variety of price points. And to make things even more interesting, you could argue that the cheaper players at each position (RB, WR, and TE) are the more attractive targets in drafts.

Conner was a revelation last year racking up 15 TDs and scoring the third-most TDs at the position. The strong performance has pushed him up into a range of drafts that we refer to as the "Running Back Dead Zone," a term coined by Ben Gretch to describe the ADP range where backs have historically had high bust rates because they are largely being propped up by projectable volume.

Conner really took off last year after Chase Edmonds suffered a high-ankle sprain during Week 9, at which point he started receiving more targets as a full bellcow.

Conner could certainly rack up another TD-filled season at age 27, but I prefer to play the Arizona backs later, specifically through Benjamin. 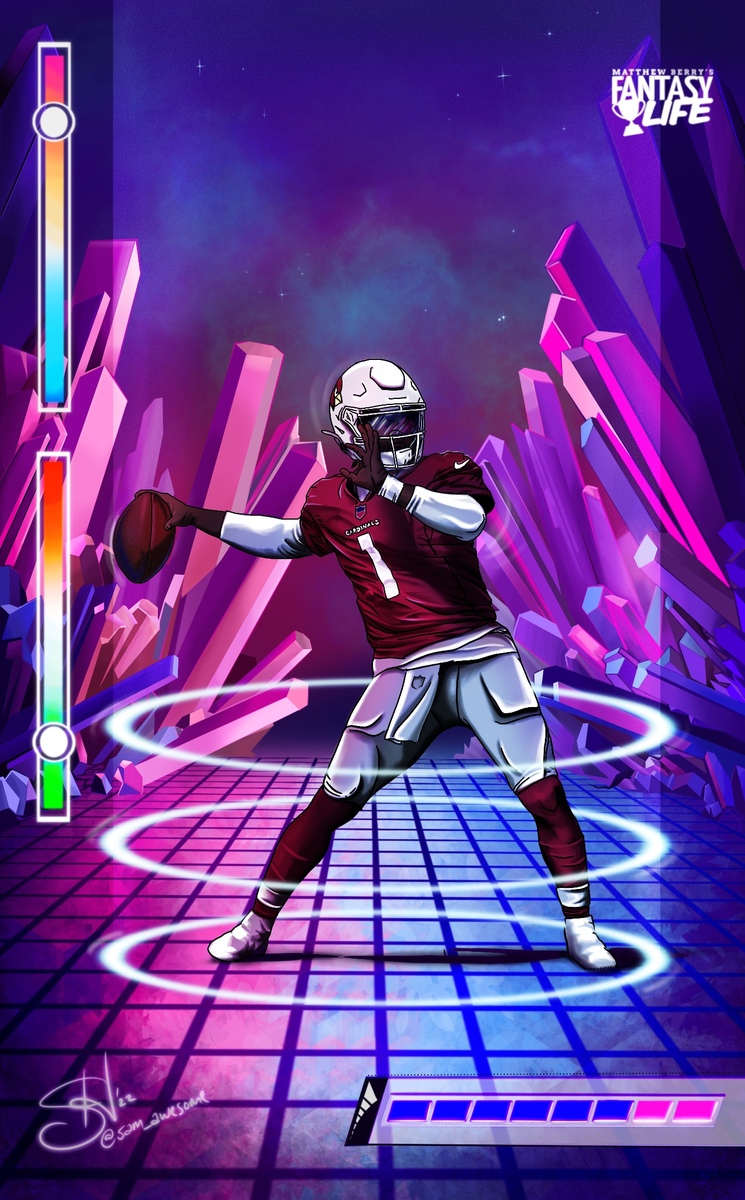 I have nothing bad to say about Brown (other than stop speeding in school zones) and Matt Harmon describes below how exciting the Brown/Kyler Murray connection could be this year, but I also find Hopkins and Moore to be very attractive picks at ADP.

Hopkins is being discounted due to his 6-game suspension, but I explained in this video why he's one of the 2022 league winners.

Moore had a frustrating rookie year with a laughably low aDOT (average depth of target), but he will get off to a fast start with Hopkins on the sidelines. Head coach Kliff Kingsbury can't stop singing his praises.

This is probably a tougher sell, but Ertz turns 32 in November and McBride was the top TE off the board in the 2022 draft.

It's weird to me that the latter is free in drafts. I can't imagine the Cardinals selected him at pick 55 with no intention to get him on the field this year. Plus, he's already been getting some first team reps at camp.

Regardless of whether you like the more expensive or the cheaper options, the Cardinals—including Murray in the 5th and 6th round—are a team to target aggressively in your drafts. 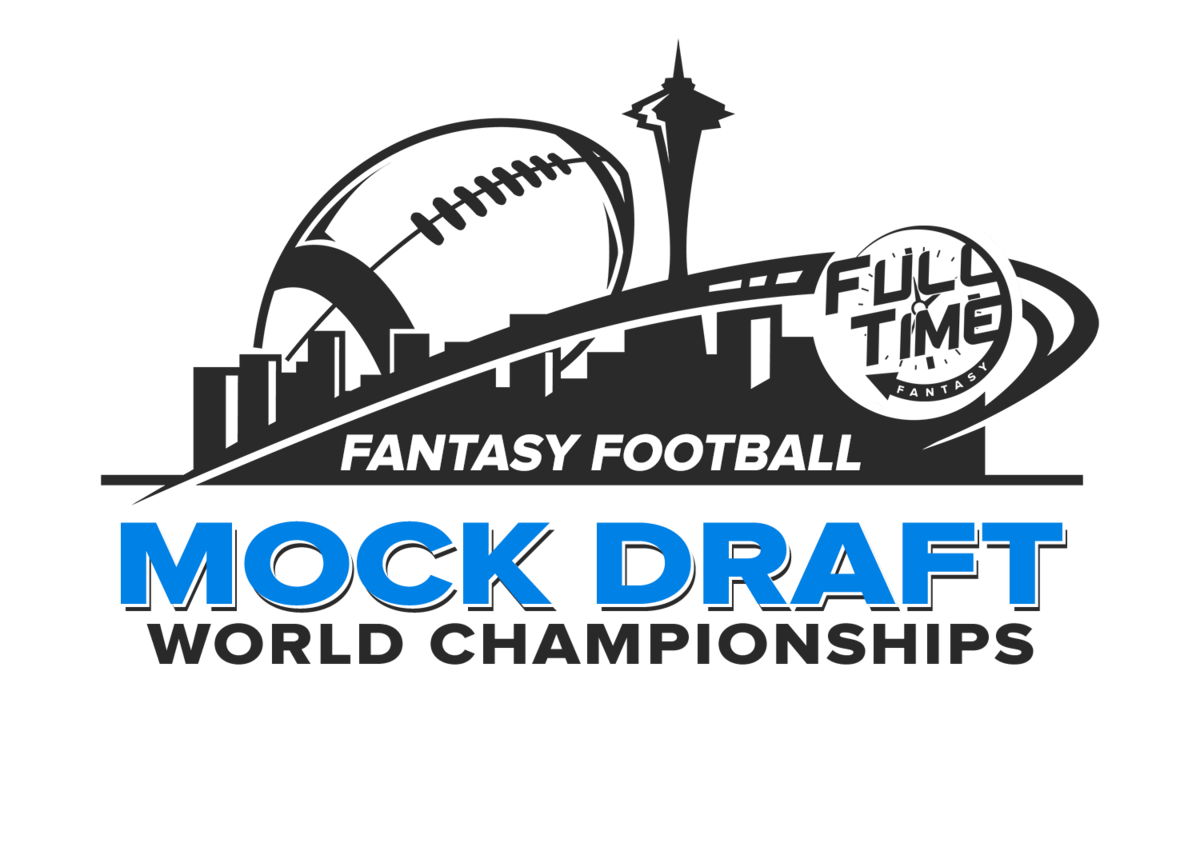 Friends, we have good news. We have football on TV tonight at 8pm ET in Canton OH with the Hall of Fame game where the Raiders take on the Jaguars. While the game will feature mostly backups, the fantasy football season officially begins now!

We're personally inviting you to jump in with us to the FSGA award-winning draft contest, the Mock Draft World Championships!

Out with the old school mock drafting waiting on 11 other people to arrive and in with on-demand bestball drafting!

Draft your team and watch it climb the leaderboard all season long! I'm going to draft about a hundred of these. They're great practice before the real thing and the results are what you'd expect in a competitive draft!

If you like your team, enter it into the contest for FREE!

Tons of cool prizes including your choice of: a seat at next year's Fantasy World Championships, a trip for four to Maui or even a Panini Flawless Hobby box!

Click here to draft your first team free and we'll see you on the leaderboard! 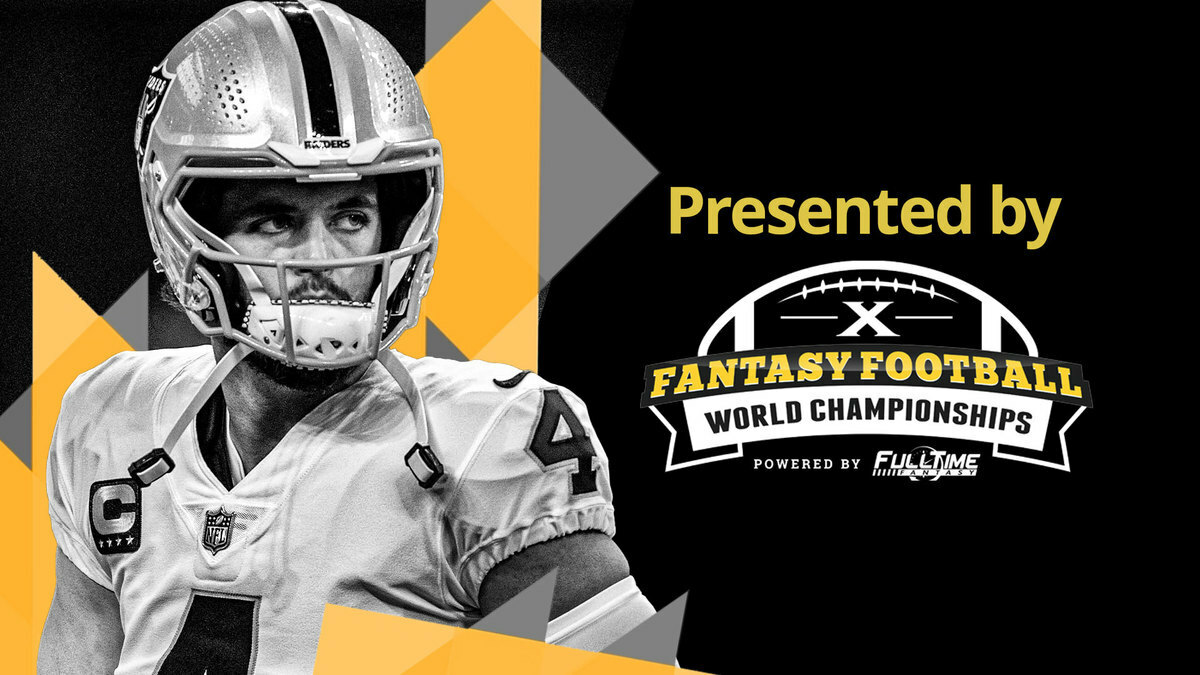 With Reception Perception, Matt Harmon studies the film on WRs, tracks and interprets the data, and then delivers the goods. Today he is swinging by the Fantasy Life offices to get us hyped on Cardinals WR, Marquise Brown. Take it away, Matt...

The Ravens trading Marquise Brown to the Cardinals in the middle of the NFL Draft took the football world by surprise. It later came out he’d quietly requested a trade a while back and the team accommodated. Now reunited with his college quarterback in Kyler Murray, and there’s a lot to like about this marriage

Marquise Brown is an over-scrutinized player. Period. Perhaps it’s because he was the first receiver drafted in 2019, his size or some drops throughout his career, people talk about Brown like he’s a bad player. He is not. He’s a starting-level NFL receiver, no question. Brown ran the vast majority of his routes against zones and posted a strong 82% success rate. He’s been above 80% in success rate vs. zone coverage in each of his first three seasons. As his route success rate chart shows, he gets open at all levels. 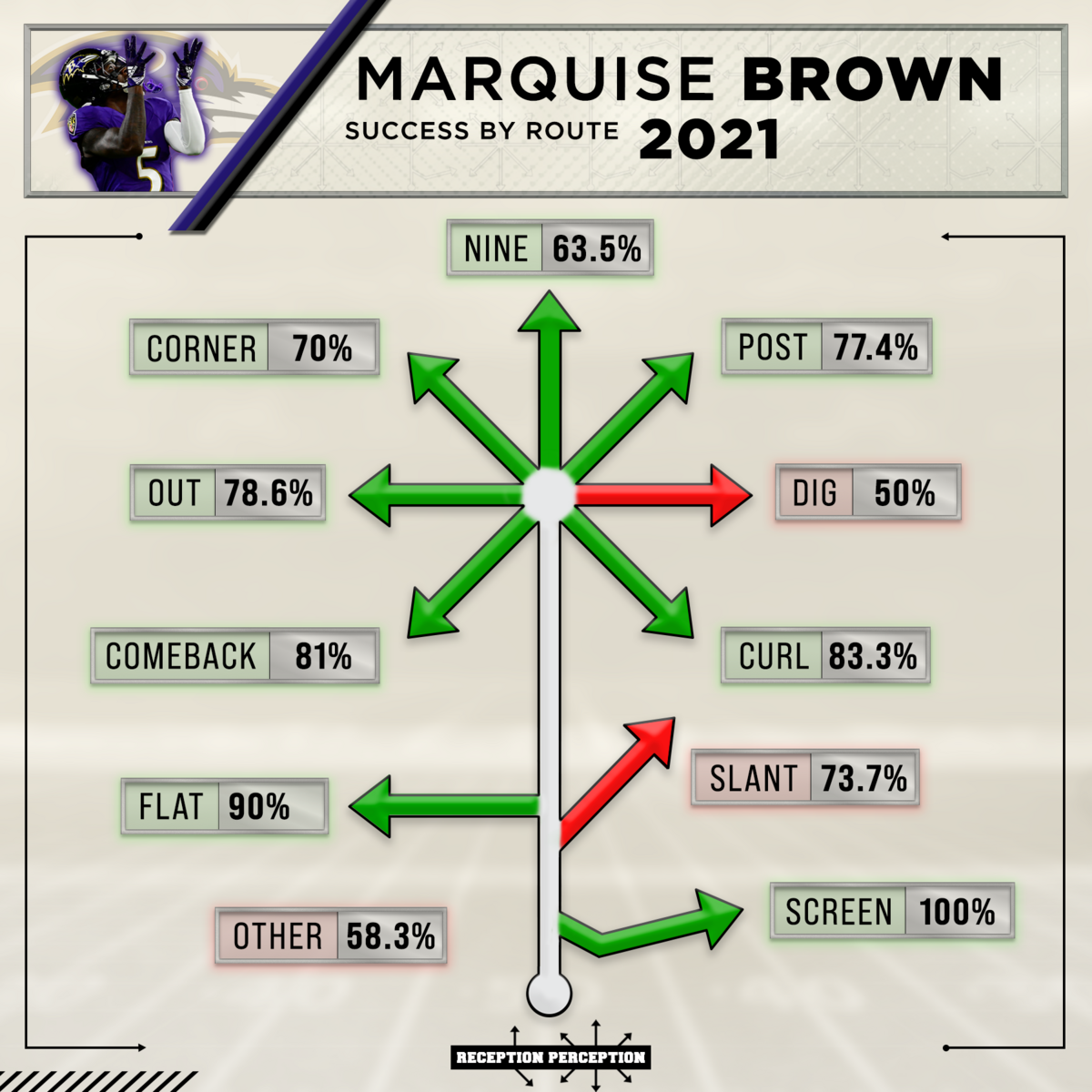 An area where he’s consistently struggled is winning against physical coverage on the outside. Brown has been a poor performer in success rate vs. press coverage throughout his career and doesn’t win against man at a high enough rate to be a legitimate No. 1 receiver.

Brown was off the line of scrimmage on 56.2% of his sample snaps, which helps him get away from press coverage but he lined up in the slot on just 21.9% of snaps. Given that Arizona lost their vertical slot receiver in Christian Kirk this offseason and made this aggressive move for Brown, you have to wonder if he’s ticketed for that spot. Kirk was in the slot on 73.5% of his sampled snaps in Arizona’s spread offense. Even approaching that number would be nice for Brown, though he’s likely to line up outside more while DeAndre Hopkins is suspended. 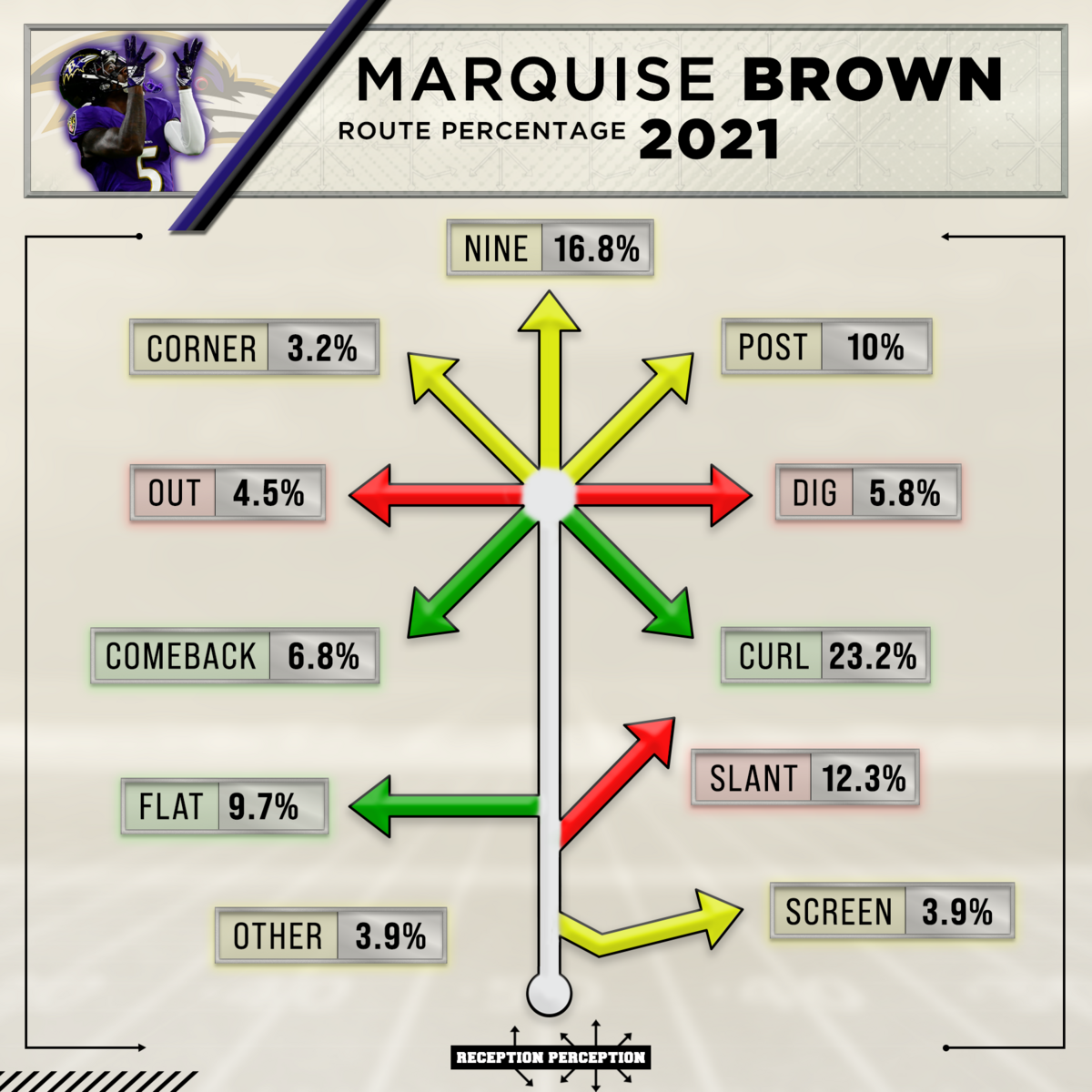 Brown ran a ton of curl, flat, and comeback routes in Baltimore’s offense last year. His best work came as a target hog layup receiver for Lamar Jackson. Where he was painfully inefficient, was in the downfield game but as his route success rate chart shows, it’s not because he doesn’t get open downfield. Brown’s success rate on nine, post and corner routes are awesome.

While the initial trade was a bit shocking given that it involved a first-round pick (remember Arizona got back a third-rounder), the more I’ve reflected on it the more I’ve become excited to see Brown rip it up downfield with Kyler Murray on deep routes against zone coverage. His role should help him see a high zone route rate and defenses do not want to play man coverage against mobile passers.

Brown to Arizona looks like the rare trade that’s a win for everyone involved.

For more Reception Perception, sign up here... And tell Matt we sent you!

🛑 The Watson saga isn't over. The NFL is appealing the ruling and have different plans in mind for the suspension.

🌭 David Montgomery on special teams?! What the hell? I guess it could be worse.

👴 Crazy Tom Brady stat. Shout out to all the avocado smoothies or whatever.

🧹 The WR who falls asleep to Harry Potter. Adjust the ranks.

🙌 R.I.P. Vin Scully. He called one of the most iconic moments in NFL history.

As a rookie, RB Najee Harris totaled over 400 opportunities and finished as the RB3. Aging QB Ben Roethlisberger targeted Harris 94 times (No. 1 among RBs) which elevated his floor of production. His 14% target share was No. 6 among RBs.

The biggest change for the Steelers comes at QB. Veteran Mitchell Trubisky appears to be the frontrunner but offensive coordinator Matt Canada recently stated that Mason Rudolph has a ‘great shot’ at winning the job.

It's also not great news for Harris. I’ll take the corpse of Roethlisberger over these options, especially if Rudolph is in contention for QB1. Trubisky has never attempted more than 516 passes or topped 3,330 passing yards in a season. Rudolph has started just 10 games in his career.

Harris will get volume, but his inefficiency (RB52 in yards/carry) will carry over. PFF has the Steerlers offensive line slotted in at No. 30.

According to the Fantasy Life ADP Tool, Harris has an ADP of RB 4-5. I would rather draft the following RBs: 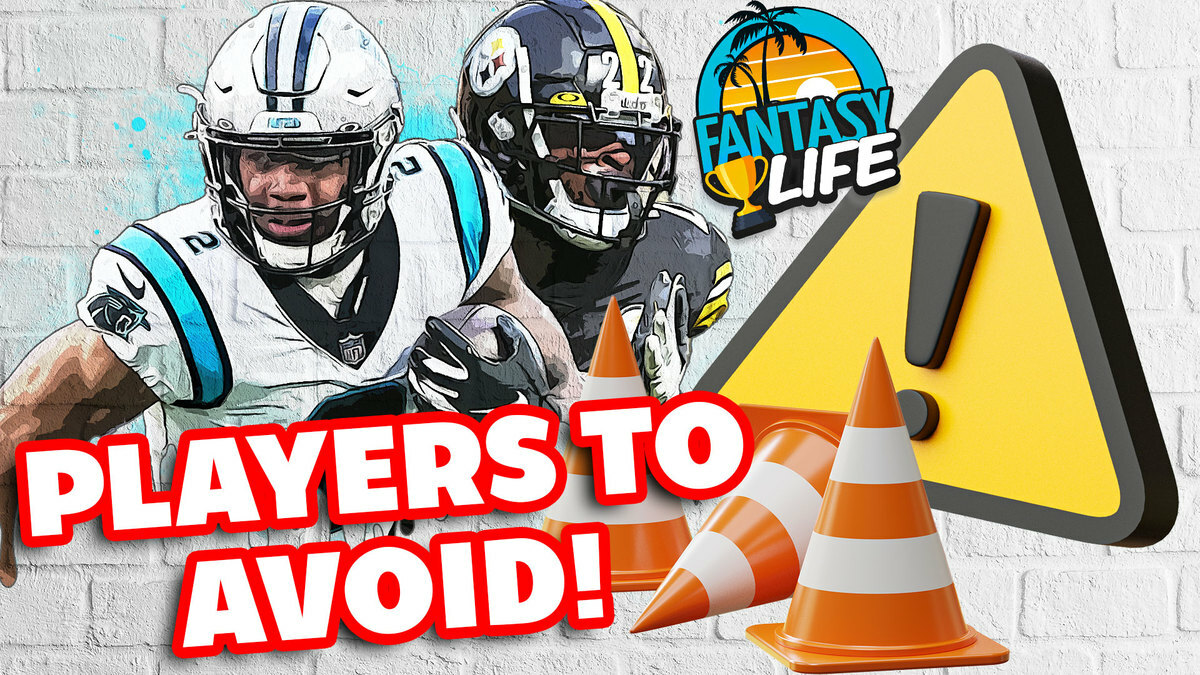 I’m bracing myself for the backlash.

WR DJ Moore has been a fantasy darling since college but he just hasn’t put it together.

I’m teasing. His QB play has been atrocious and he’s finished as a WR2 three consecutive seasons. There’s just too much uncertainty for a player going as a WR1.

At +1000 on BetMGM, only 4 teams have longer odds to win their division. You can paint the picture that negative gamescripts will keep them pass-heavy, but the team doesn’t project to be very good.

I don’t predict injuries and there’s no reason RB Christian McCaffrey can’t play a full season. In 41 career games with CMC, Moore paces out for less than 1,100 receiving yards and less than 13 fantasy points/game.

QB Baker Mayfield represents an upgrade over Sam Darnold, but the lack of commitment to Mayfield could be to the Panthers' detriment. The players have been sharing first-team reps. This could prevent meaningful chemistry from forming between Moore and whoever his QB is.

I like Moore. I really do, just not at his elevated price with massive question marks on offense.