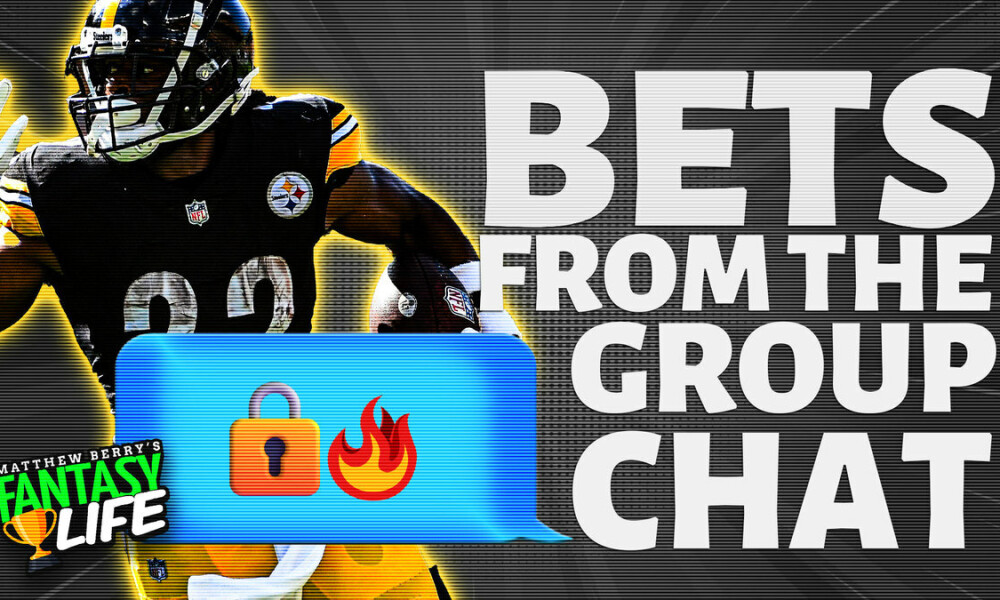 🔥The Next Great Passing Attack

What to do with Tom Brady...

We are turning the page from Week 2 to Week 3 of our fantasy football season. Today we have loads of actionable player and matchup analysis to help you dominate in our quest for a championship together.

But on a day like hump day, sometimes we need to take a step back. Zoom out. See the forest for the trees. Imagine your favorite cliche on gaining perspective.

So before getting down to the nitty-gritty (not to be confused with The Griddy), let's take a moment to reflect on some of the team environments impacting our beloved fantasy football rosters.

The Commanders rank sixth in plays-per-minute and ninth in time of possession, pushing their plays in regulation to 71 per game — the fourth most in the NFL.

Per PFF data, they throw the football more than the NFL average in every game script. Even when they lead, they keep their foot on the accelerator with a 63% pass rate (NFL average = 51%).

Washington's identity appears to be wrapped around the axle of the passing game, which is great news for Carson Wentz, Terry McLaurin, Curtis Samuel, and Jahan Dotson.

The Seahawks ran 195 fewer plays than the Bills in regulation play in 2021 — the equivalent of 3.1 games worth of plays. That is a tremendous disadvantage for players residing on the Seahawks. Stefon Diggs gets to play three more games than D.K. Metcalf!?!?!

Unfortunately, we are off to a similar start in 2022. However, Pete Carroll says the zebra is going to change its stripes moving forward. The problem isn't just pace — they rank 15th in plays per minute (2.2). They have possessed the ball for only 41% of the time (31st).

So while Carroll might promise big changes, we should remain skeptical until we see evidence, which makes all Seahawk players hard to depend on for big fantasy points.

The WR injuries in Tampa Bay are impacting their pass rate over expectation in a big way.

However, unlike Seattle, we have a two-year history of a pass-heavy offense with Tom Brady and the Buccaneers. In 2021, they ranked sixth in plays per minute (2.3) and dropped back to pass more than the NFL average in every game script, according to PFF data.

You might want to keep Brady away from your starting lineups for the next few games until the receiving corps is back together. Afterward, we should see a return to a high-flying Buccaneers offense which will boost everyone's value, including the running backs, who will have more scoring opportunities.

The fantasy landscape is getting sharper by the day, so you need a secret weapon to get a leg up on the competition.

Well, what if you could access the same data, expert analysis, and statistical modeling that actual NFL teams rely on?

Volume is king in fantasy football and sports betting, and this report will help you understand which players are due more or less according to their roles. Each week, Dwain dives deep into the data, so you don't have to. 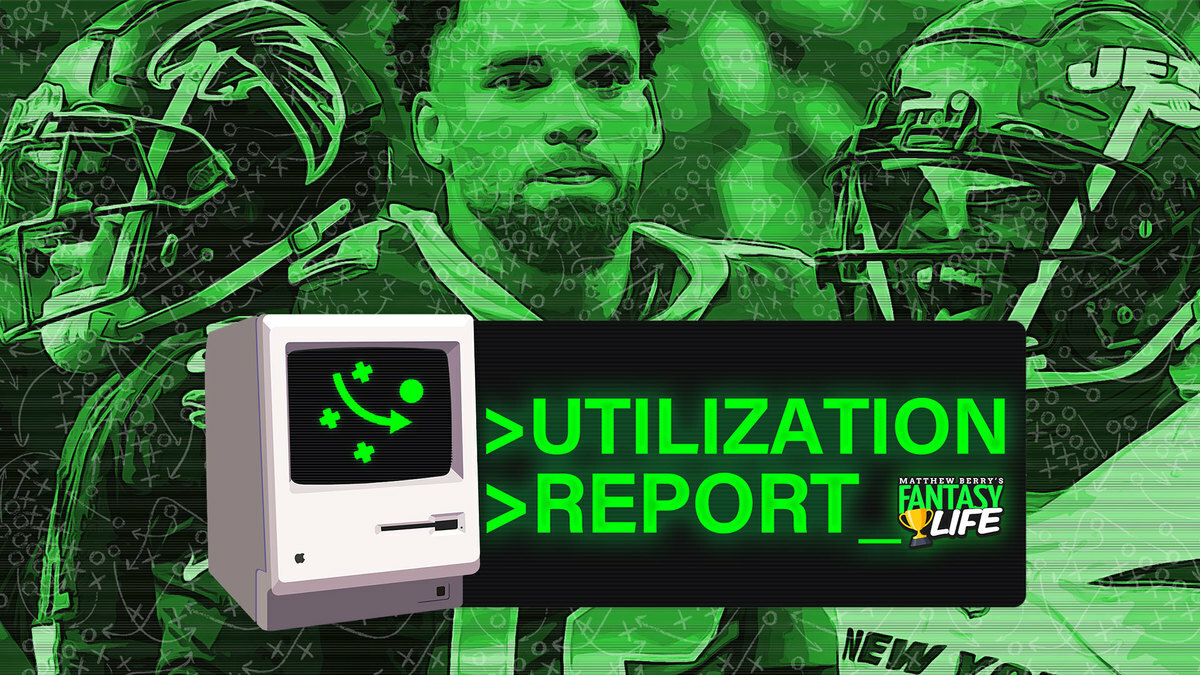 All Data is from PFF

Cooper erupted with a 37% target share and 25.1 fantasy points in Week 2. Historically, he has never been able to get over the 20-21% target-share hurdle for a season.

The Browns are QB-challenged and run-heavy, creating a difficult path for Cooper to be more than a low-end to mid-range WR3. It’s a great day to sell.

Cook handled 80% of the snaps and registered a 73% route participation before the final drive of Monday night when the game was out of hand.

Only a handful of backs see that type of utilization, but RB20 and RB38 finishes might have your local manager contemplating his value. It’s time to swoop.

Moore has two finishes outside the top-48 receivers. However, he leads the team with a 91% route participation.

As a rookie, he rattled off six top-36 finishes – including three top-10 marks – over seven weeks. His 1.75 YPRR mirrored Jaylen Waddle. Pounce on the young talent while you can.

Pitts isn’t performing up to his lofty fantasy draft status, but his 91% route participation in Week 2 is a step in the right direction.

He is a must-start in most formats and could be on his way to WR2-territory soon. 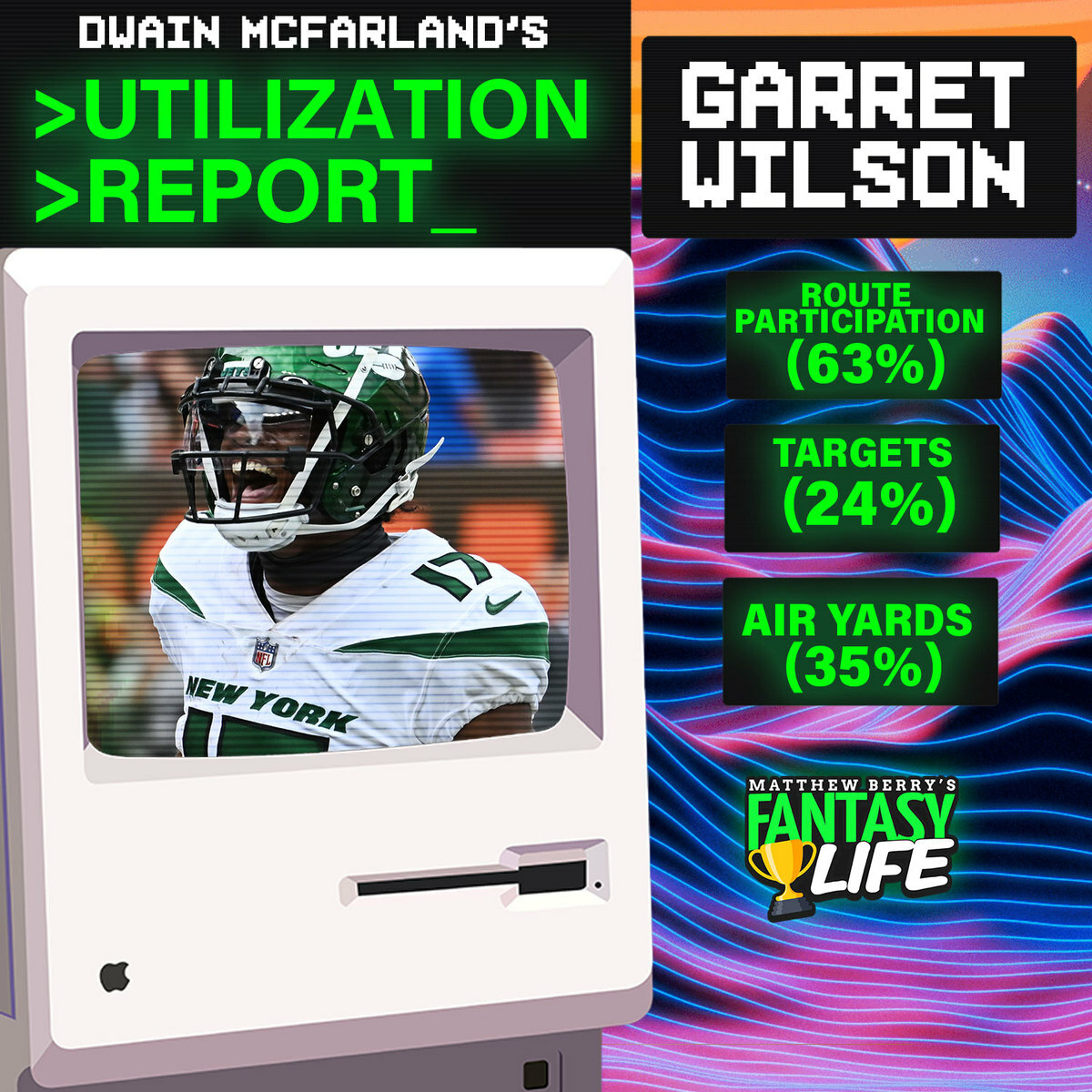 Olave barely missed a massive fantasy score in Week 2. He led the Saints in targets (33%) and air yards with a mind-numbing 320 yards (63%). He was on the field for more routes (84%) than Jarvis Landry and was Jameis Winston’s favorite target on third downs (56%).

He moves into upside WR4 range.

Mooney is the WR126 after two weeks. The Bears’ offense has dealt with some inclement weather, but 20 dropbacks per game are absolutely horrifying under any circumstance. Even when trailing by four or more points, Chicago has opted to pass 24 percentage points below the NFL average.

Mooney is a low-end WR4 the rest of the way.

For the full Fantasy Life Utilization Report, click here to read the rest.

For the full PFF Utilization Report, with all data and charts, sign up for PFF+

🎉 Drake London and Garrett Wilson are poppin. This rookie WR might be next.

🥵️ They can't keep up with Josh Allen. Ian Hartitz explains just how good he is.

🤑 Amon-Ra St. Brown is winning fantasy leagues. Everyone is talking about it.

🎱 Is this the year for Zero-RB drafters? Signs point to yes.

😑 Is the axe coming in San Francisco? This doesn't seem like a good idea.

Each week we'll feature a premiere matchup on the slate and break it down from all angles. Today, new Fantasy Life contributor Chris Allen tackles the tilt between the Falcons and Seahwaks.

Our favorite fantasy stars have fueled my premiere matchup column so far. From A.J. Dillon’s quads to Miami’s dynamic receiver duo, my real and fantasy football interests have aligned. But this week, it’s all about vibes. 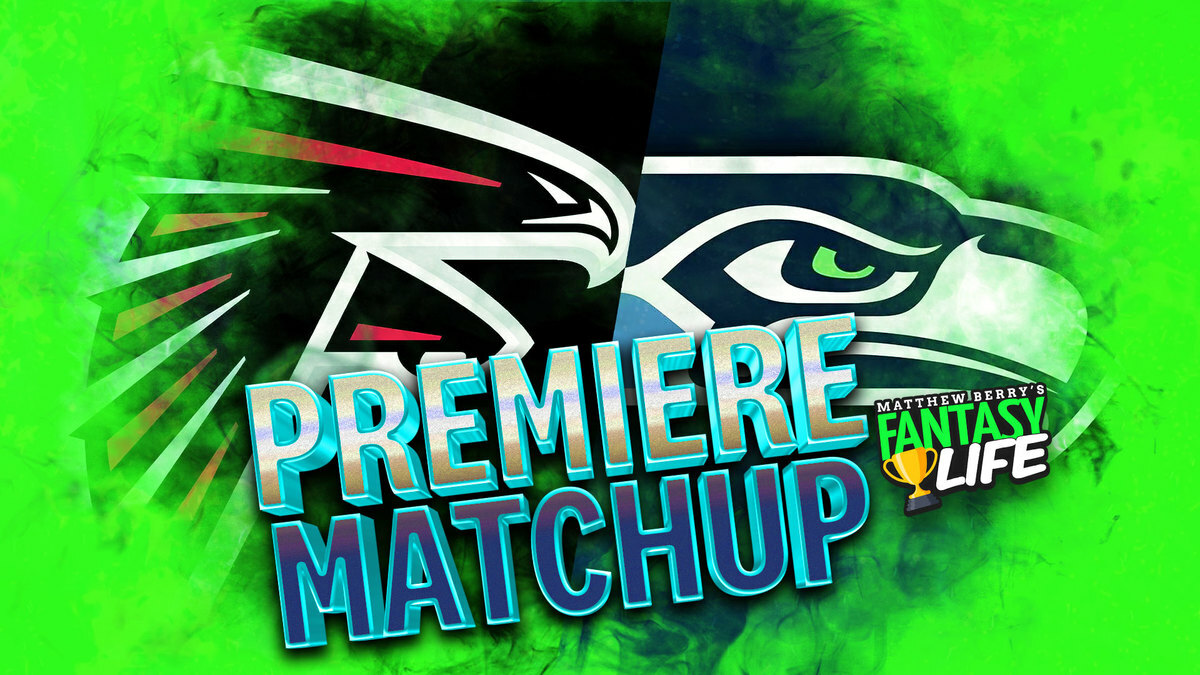 Geno Smith dropped a couple of dimes and the hottest bar of the season in Week 1. Marcus Mariota tried to engineer a comeback against the Rams on Sunday and (literally) fell short. Despite the lack of curiosity towards either team during draft season, they’ve sometimes captured our attention. I don’t know how to characterize either squad, but I’ll start with Atlanta.

At first glance, the Falcons’ offense looks boring. They rank 29th in pass rate over expectation (PROE) and 19th in neutral pace. We didn’t expect much from Mariota in his first real start since 2019. But there was some hope. And somehow, he and Arthur Smith ruined our favorite draft target on the team.

It might not be about fantasy football to Smith, but let’s be rational here. Kyle Pitts’ 2021 YPRR (2.02) ranked 13th amongst all skill players. He had a greater YAC per reception than Justin Jefferson and Tyreek Hill. However, it's not all bad in Atlanta, even with Pitts on pace for a solid 323 receiving yards.

The Falcons sit at the league average for total offensive plays run (127) but are top-10 in attempts from within their opponent’s red zone. They’re averaging 33 yards per drive (YDP). For reference, the Buccaneers are at 28.9 YPD. And, as I mentioned, we’re yet to see Pitts as a primary option. But, Mariota has been serviceable in the meantime.

The former second-overall pick is 10th in EPA per play, and his 75.0% designed-rush rate was on par with Jalen Hurts’. Mariota’s six red-zone rushing attempts are more than Lamar Jackson’s. If any matchup were to unlock this offense, it would be against Seattle, given just how poor their defense has started the 2022 season.

Tacking onto this, the Seahawks are also the only team in the league that have not yet forced a 3 and out possession on defense.

They have allowed 50.9 yards per drive, the most in the league.

Reebs, as always, gives the perfect context. Seattle’s pass rush is average at best, and their secondary is dead last in dropback EPA allowed. But we don’t need just a weak defense to create a fantasy-friendly environment for Atlanta. The Seahawks’ offense also has to have a counterpunch to keep the fight going.

In a similar setting during Week 1, Seattle came out firing. They were third in PROE on the week, with Smith ranking seventh in EPA per play. His ‘Roethlisberger-like’ 5.0 aDOT was concerning, but Denver kept him under duress on 35.5% of his dropbacks. Atlanta’s managed a 14.1% pressure rate through two weeks.

The game sets up especially well for Tyler Lockett. Cooper Kupp put on another show (14-108-2), but his 3.79 YPRR from the slot was the fourth-highest on the week. Jarvis Landry did something similar in Week 1 (2.85 YPRR, 11th). With Lockett having the highest target utilization from this area (28.0% TPRR), expect him and the rest of the passing game to have a strong outing against Atlanta.

Our resident betting sharps at Fantasy Life have a group chat. Lucky for you, they are leaking the alpha. Here's what they came up with for Week 3...

Coming off a short week after a relatively heartbreaking loss to the Jets, the Browns are set for a divisional clash against the Steelers in a game where they are 4.5-point favorites, with the game total set at a lowly 38.5 points.

Basically, the Browns love to run the ball, and they've shown an ability to have sustained offensive production doing just that, with a commanding 59% time of possession which is the 3rd highest in the league. 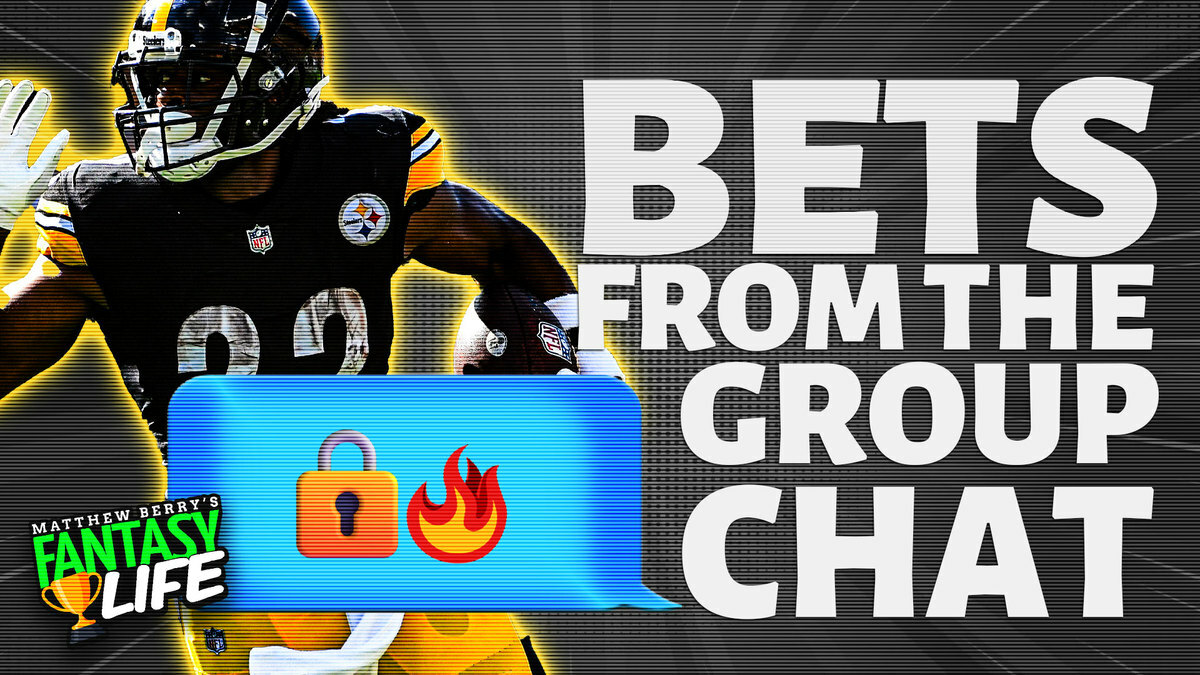 On the other side, the Steelers run the 30th fewest plays per game at 52, while running the 7th most plays per minute at 2.3; combine that with a disappointing 41% time of possession, which is good for 30th in the NFL, and you have a team that is incompetent on the offensive side of the ball.

Admittedly, I think a lot of this has to do with Mitch Trubisky, I think his tenure has gone on for 2 weeks too long, but I am desperately hoping that the Steelers don’t come to that realization tomorrow night.

38.5 is a really low total, but this is a really ugly game, with one offense that loves to run the ball and another offense that would gladly welcome any offensive success that they can get.

Bet this under on BetMGM