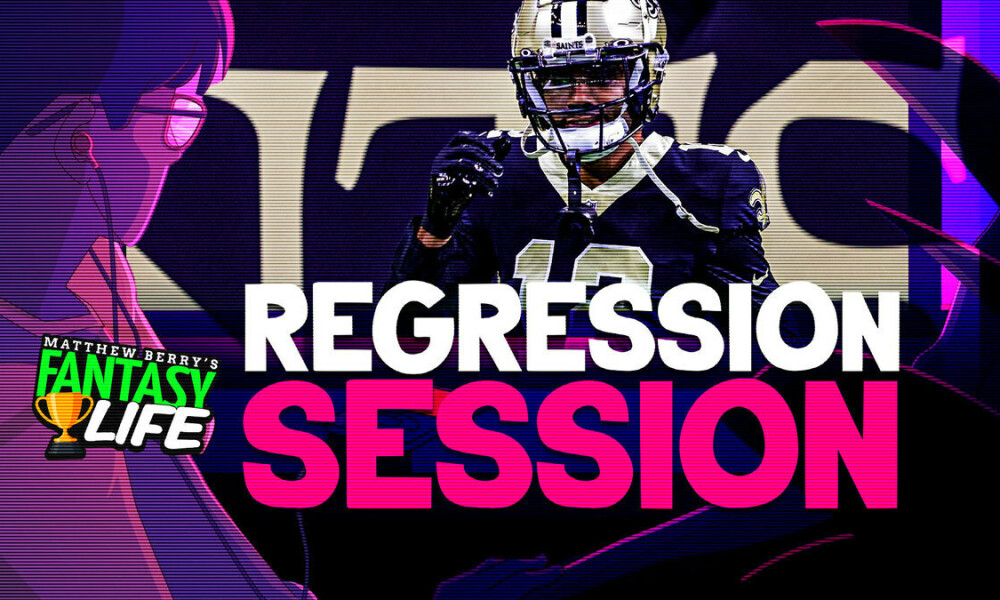 💥 The RB Due For A Massive Game

There's no delicate way to put this, so let's just go ahead and call a spade a spade:

If there's one silver lining here, it's that Leonard Fournette—who recently promised the fantasy community points—is set up for a big-time fantasy performance:

Basically, everything we want to see from a bellcow RB is happening. The points will come. 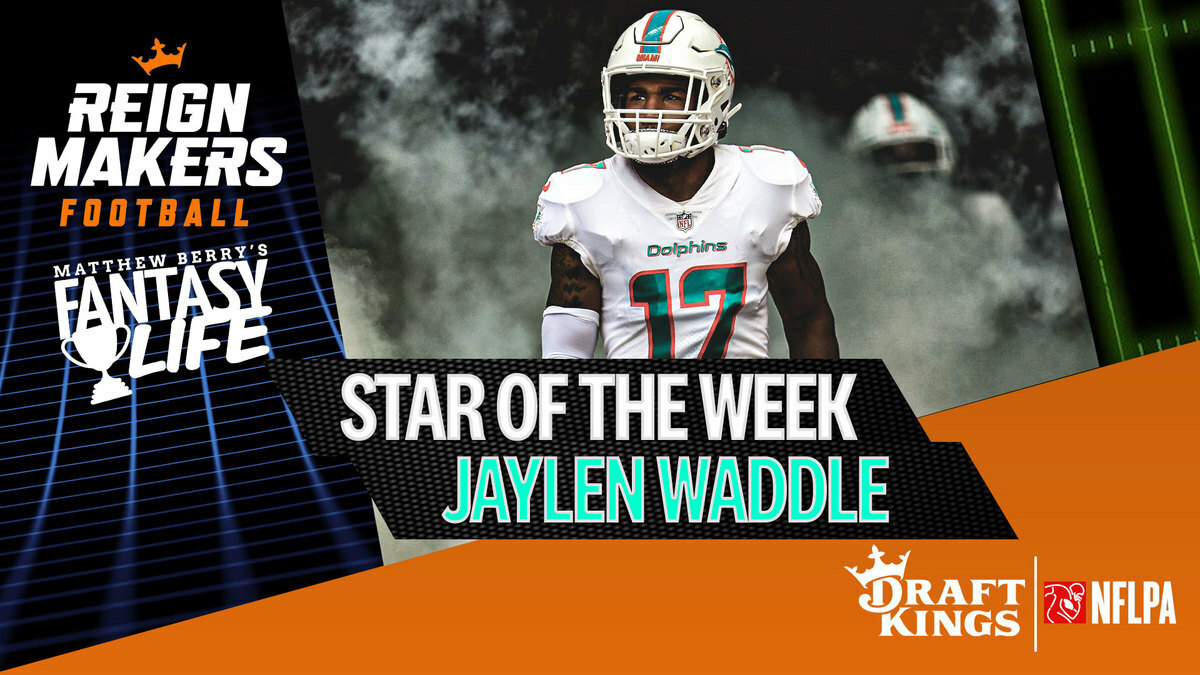 I’ve got a confession. I didn’t do any Sunday chores...

Laundry? Nope. Mow the lawn? Hell no. I even forgot to pick up the kids from Timmy’s birthday party...

What did I do instead? I watched football for 12 hours straight. Glued to my couch.

My biggest problem today isn’t my wrinkled clothes, the Dorito crumbs on my shirt, or the overgrown front lawn...

It was how bad my fantasy team played. I already want to redraft my team.

Thankfully, the DraftKings Reignmakers give me a second chance at glory.

It’s where fantasy football meets NFTs. With $1m+ in cash prizes every week, you can trade & collect NFT player cards to build your dream team.

How big can you win? Well, the winner of the RMF $100K Fiat Frenzy contest won $5k over the weekend! That’s like 3 mo’ ETH before “The Merge”.

Click here to start your Reignmakers team and claim your FREE pack. 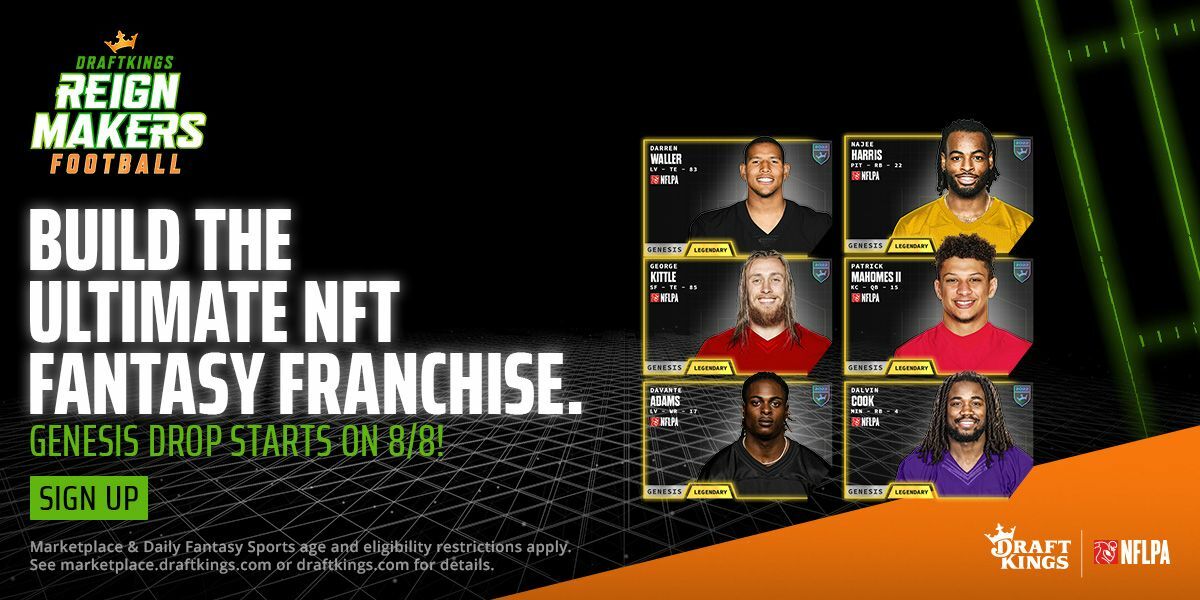 Legal Disclaimer: Must be at least 18 years or older. Higher age limits may apply in some states. Not available in HI, ID, LA (select parishes), MT, NV, OR, and WA. No purchase required for Starter Packs (1 per customer). Reignmaker Starter Pack NFTs are ineligible for resale. Number of NFTs needed to fill the roster varies by contest. Prizes include real money. Winning a contest on DraftKings depends on knowledge and exercise of skill. Contest eligibility depends on NFTs held. Not a gambling website. For entertainment purposes only. See www.icrg.org for information regarding responsible gaming. Void where prohibited. See terms at draftkings.com/reignmakers.

It is time to make those tough lineup decisions for Week 3 and Dwain has you covered with in-depth player tiers, rankings, and analysis. Here are a few of his favorites for Week 3:

Hurts faces off against a Commanders secondary that has allowed 531 yards (tied for eighth-most) and five TDs in regulation play. The Eagles’ QB has thrown for the seventh-most yards in regulation at 576 yards. He only has one passing touchdown, which leaves room for more upside in the passing department.

Per PFF, no QB handles more designed rush attempts than Hurts (24.6%), and Washington has the fourth-lowest PFF run defense grade (47.3).

This is a good matchup for Hurts on both fronts, and the Commanders have played well enough to provide shootout potential. The Eagles possess a top-five implied point total.

Hurts is playing on another level and is a SMASH play in Week 3.

Cook is only averaging 13.8 points per game, but his utilization profile remains top-six. He has accounted for 73% of snaps, 70% of rush attempts, and participated in a route on 66% of dropbacks. That is an every-down back, y’all.

The Vikings are tied for the No. 1 implied points on the slate in a game at home against the Lions where they are six-point favorites.

If Minnesota can develop a lead, Cook could be very busy against a team that has allowed the seventh-highest yards (304) and the most TDs (five) on the ground. If they can’t, that’s okay; Cook possesses the fifth-best RB route participation (66%) in the NFL and a 13% target share (top-six).

Things rarely align this well, making Cook an absolute SMASH play as my No. 1 RB in Week 3.

Harris only has 74 regulation rushing yards (34th) in two games and the Steelers are 4.5-point dogs at home against the Browns. Harris is well below the 10.5% NFL average in explosive rush rate with an uninspiring 4%, and he is also underperforming in missed tackles forced (0.08) and average yards after contact (2.44)

The Steelers carry the worst implied total on the Week 3 slate, and the Browns only allow 73 rushing yards per game in regulation (fourth-least).

As a result, Harris is a FADE in Week 3.

Kupp is my No. 1 rated player for the weekend. He leads the NFL with 29 targets and draws a matchup against PFF’s worst-graded pass defense in Arizona (36.9). The Cardinals have coughed up 594 yards (second-most) and seven TDs (tied for the most)  in regulation.

The Rams and Cardinals tilt offers a top-three game total and Los Angeles has a top-five implied point total.

No surprise here; Kupp is once again a SMASH play in Week 3.

After an encouraging 74% route participation in Week 1, the Broncos went back to a three-way rotation in Week 2.

Okwuegbunam faces off against a 49ers unit with the second-best PFF coverage grade, making him a tough name to click on when making lineups.

Consider Okwuegbunam a FADE in Week 3.

😱 Should we worry about Lamar? This is something to monitor.

📵 Joe Burrow did what??? It's time to adjust the ranks.

📈 The Chiefs have to get their rookie WR involved. Could it happen soon?

😑 2022 isn't looking so great for Rodgers. Can he turn it around this weekend? Nathan Jahnke lets you know.

🔥 The best rushing matchups for Week 3. It looks gross for Derrick Henry.

🌲 We love condensed target trees for fantasy. Here is the best of them all.

Thank goodness for fantasy and betting because otherwise this Thursday Night Football matchup between the Browns (-4.5) and Steelers wouldn't have much intrigue. The total has already come down to a paltry -38.5, and our staff is on the under.

If you love Mitch Trubisky, I'd savor watching him tonight because I have a feeling this is going to be his last start before Mike Tomlin finally capitulates and hands the reigns over to rookie Kenny Pickett.

Here's everything we like tonight from a fantasy, DFS, and betting perspective:

When it comes to regression, it pays to be ahead of the curve. Each week in Regression Session, Jonathan will give you actionable insights on trends unlikely to continue so you can act before your leaguemates.

Olave has earned a huge role in the Saints' offense through two weeks, but it hasn’t translated to much fantasy production. At least, not yet. He is currently just the WR43 in  PPR leagues, but the underlying metrics are impressive. Olave has run a route on more than 90% of Jameis Winston’s dropbacks, earned a target on 21% of his routes, and leads the league with 7 deep targets (20+ yards) so far.

Much of this is due to his ludicrous downfield role in Week 2, which we shouldn’t expect to repeat. However, the early usage is very encouraging, and as the efficiency regresses, we should see more usable fantasy performances from Olave. Plus, if his role grows over the course of the season, we could be looking at an every-week starter sooner than later. 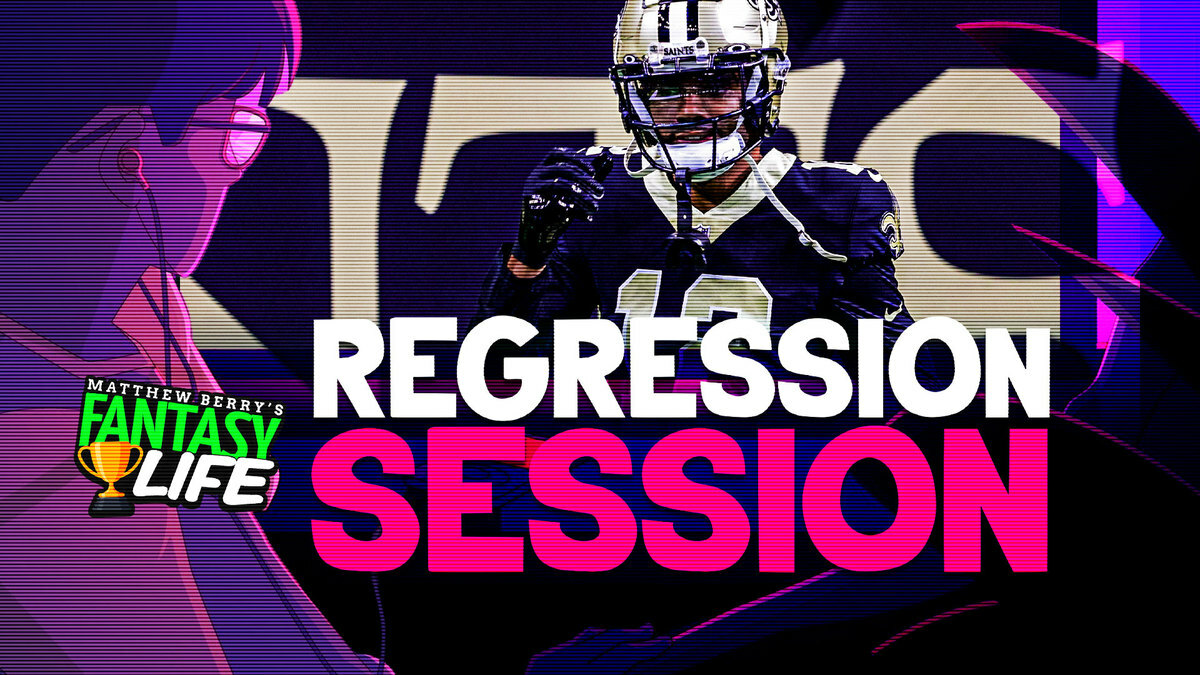 It already looks like Dotson was one of the better values in fantasy drafts. He is the WR15 so far and has made clutch plays for the Commanders every week. While this is very encouraging for his long-term outlook, Dotson’s usage is unlikely to sustain a top-20 WR fantasy outcome. A significant portion of his fantasy value has been due to running hot on TDs, catching 3 on just 9 total targets.

It is fair to assume Dotson’s play will earn him a larger role in the offense. But his target ceiling is capped as long as Terry McLaurin and Curtis Samuel are healthy. More importantly, I’m not convinced the Washington offense will continue to play so well. Carson Wentz has averaged 325 passing yards and 3.5 TDs per game which are way higher than his career averages of 240 yards and 1.7 TDs.

Don’t be surprised if Dotson’s fantasy season fluctuates with the quality of his QB play.