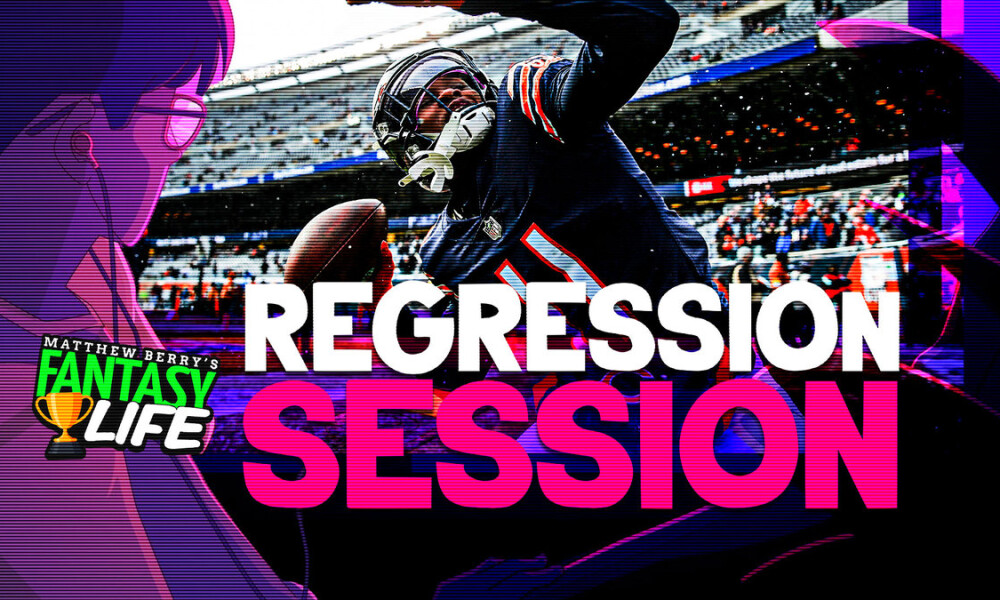 When it comes to regression, it pays to be ahead of the curve.

When it comes to regression, it pays to be ahead of the curve. Each week on Regression Session, Jonathan will give you actionable insights on trends that are unlikely to continue so you can act before your leaguemates.

With just one week in the books, it is too early to identify true trends, but Week 1 did give us a handful of outlier events that we shouldn’t overreact to.

This could really be about a number of players from that dreadful 49ers vs Bears matchup on Sunday but Mooney is the most significant in my opinion. He posted an extremely disappointing line of 1 catch for 8 yards on 3 targets. But in case you missed it, the playing conditions in Chicago weren’t exactly great.

Justin Fields dropped back just 23 times on Sunday and attempted only 17 passes. This will likely be his fewest pass attempts of the season. Although Mooney’s 3 target game was very underwhelming, I don’t think it is cause for panic yet. He still ran the most routes by a decent margin and drew the second most targets on the team. When the passing volume rises, I am confident his production will bounce back as well.

The combination of horrible weather and a surprisingly positive game script for Chicago created a perfect storm (pun intended) for fantasy disappointment. Better days are ahead for Mooney as the Bears will be forced to throw more and actually get to play on something resembling a football field in future weeks.

Week 1 gave us some strange TE performances. Behind Travis Kelce’s predictably impressive TE1 showing, here were the next 5 highest scoring players at the position:

These results only get weirder the longer you look at them. O.J. Howard and Taysom Hill combined to run just 10 routes (not a typo) on the week, yet both finished as top 3 TEs. Not to mention Will Dissly and Colby Parkinson are both backup TEs… on the same team.

Each of those performances was unlikely, but all of them happening in the same week is a straight-up anomaly. We can’t expect to find such high-end production from waiver wire TEs in future weeks.

If you drafted one of the other elite TEs, it’s not time to worry yet. And if you don’t have one of the elite guys, it is worth checking in with the Pitts, Kittle, and Andrews managers to see if they are starting to get nervous.